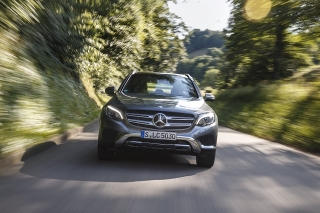 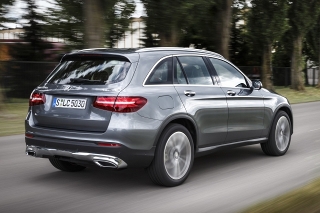 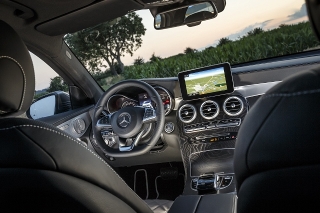 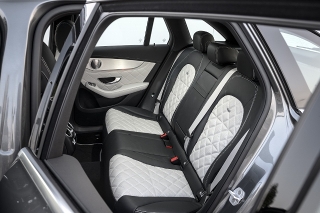 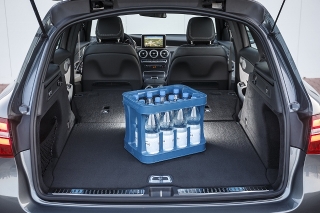 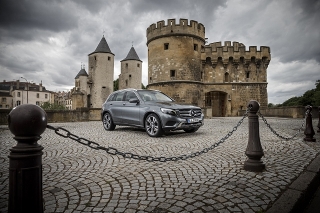 If you add up all the vehicles Mercedes-Benz currently offer with an all-wheel drive system it would total 88. And even though they cover nearly every sector of the marketplace, Mercedes has yet to make its presence felt in the booming premium mid-sized SUV market.

There was the boxy GLK which was only ever available with left-hand drive, which meant UK buyers went looking elsewhere, mainly to the Audi and BMW camps – and it was never in the same league as its German rivals either.

The GLK, however, is finally being phased out, replaced instead with the new GLC, due here in October, and with right-hand drive too. It also marks the start of Mercedes launching a batch of brand-new all-wheel drive over the next 12 months.

Mercedes is clearly taking this fight very seriously and has positioned the GLC to go head-to-head with the Audi Q5 and BMW X3, which is a tough battle. From launch there will be two diesel engines to choose, the 220d and 250d, mated to a new nine-speed automatic transmission. These are actually the same 2.1-litre twin-turbo units, just with two different power outputs – 168bhp and 210bhp. Economy and emissions ratings are identical, with both producing 129g/km of CO2 and averaging 56.5mpg. A plug-in hybrid will follow.

The GLC does make a case for itself as soon as it is driven. Since it shares many of its mechanical components with the C-Class saloon, the two cars drive in a very similar way, which is nothing to complain about. The steering is consistently weighted and precise, and it displays excellent body control – arguably better than the X3.

A lot of its handling skills can be attributed to the GLC’s 4Matic system which distributes power to the wheel(s) most in need of it. Which is the same principle it applies when given an off-road mission. Despite the GLC’s go anywhere appearance, it really doesn’t have the ground clearance or approach angles to ever be considered a hardcore mud-plugger, even when fitted with the optional Off-Road package.

It’s still worth considering this option as it also includes a selectable air suspension system which makes the ride a lot more refined. Drivers will have to find another £495 though, in addition to the GLCs starting price of £34,950.

There is nothing especially ground-breaking about the interior of the GLC; it is as conservative as car design gets. Those in the front get figure-hugging seats, and a wide range of adjustments,, while those seated in the rear benefit from the longer wheelbase and the extra legroom it brings with it. The rear bench usefully splits and folds flat to the floor to expand boot space from 550 litres to 1,600 litres, which makes it one of the largest in its class.

With the GLC, Mercedes is throwing down the gauntlet of intent. It may be the last to join the mid-sized SUV party but it is not about to miss out.

A beautifully crafted SUV, intentionally designed to appeal to those seeking driveway kudos. Its limited ground clearance will always dictate how far off-road it will travel.