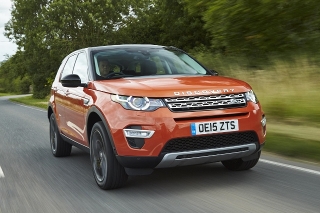 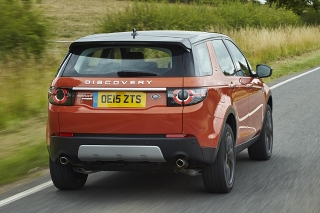 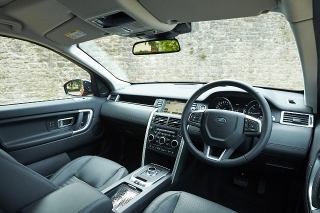 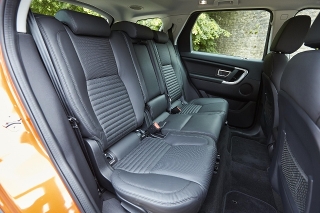 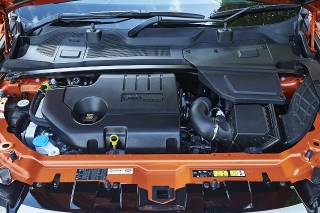 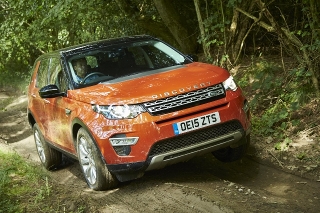 Packaging family-friendly versatility and genuine off-road ability with a large slice of Evoque style, the Discovery Sport has launched to predictably strong demand in the UK. The trouble is, there’s always been a ‘but’ for company car drivers.

From launch, that fly in its soup was the 2.2-litre diesel it inherited from the Freelander. With a relatively high 188bhp and no two-wheel drive option, its true fleet potential has been a little hamstrung by range-best fuel consumption of 46.3mpg and 162g/km CO2 emissions. Accompanied by a dull mechanical drone, this left the otherwise very capable and appealing newcomer feeling a bit old-tech.

But Jaguar Land Rover is investing in its own petrol and diesel engines, which are being built in a new plant near Wolverhampton. It’s these which temporarily put the Jaguar XE in a class-leading CO2 position and, before the end of the year, will make the XF and Evoque a more viable fleet option too. For the Discovery Sport, the new 2.0-litre, four-cylinder ‘Ingenium’ diesel broadens the range to include two outputs, and Land Rover has reconfigured the options for added corporate appeal.

It’s the new 148bhp entry-level version which makes this most competitive for user-choosers. This is the first E-Capability model in the Land Rover line-up, offered without third-row seating and featuring 18-inch aerodynamic wheels to contribute to a £1,700 price reduction. Fuel economy of 57.7mpg with 129g/km CO2 emissions have obvious running cost advantages, too.

Although that doesn’t put Land Rover at the head of the segment on CO2, it’s worth noting that the new engine achieves those figures without requiring an expensive automatic gearbox, and it hasn’t sacrificed its four-wheel drive capability. As so few customers opted for two-wheel drive in the Freelander, all Discovery Sports will have four-wheel drive.

The E-Capability engine wasn’t available on the launch, but the 178bhp engine bodes well. Available with a six-speed manual or nine-speed automatic transmission, its variable turbocharger offers plenty of pulling power throughout the rev range, and it’s significantly quieter while cruising. With four overdrive gears, the automatic gearbox can be a little keen to shift up and down on cross-country roads, but the new engine finally makes the Discovery Sport feel like a proper premium car.

Both engines are offered in SE and HSE trim levels, with SE Tech adding parking sensors, navigation and a powered
tailgate. Demand so far has been 75% weighted towards HSE, though, and with two fewer seats to wrap in leather the E-Capability brings the entry point for this trim down by £2,200. HSE Lux versions are only offered with the 178bhp drivetrain, while the Black Pack has become a trim level in its own right, and only available with the automatic gearbox.

There’s no question that a lack of two-wheel drive will be a barrier for a handful of user-choosers with very restricted choice lists. But, with higher fuel economy, reduced tax, longer service intervals and high-class refinement on its side, there’s no longer a ‘but’ attached to the Discovery Sport.

The Discovery Sport now has the refinement and ownership costs it always needed to be a contender in the corporate market. Stylish and versatile, it’s a legitimate threat.