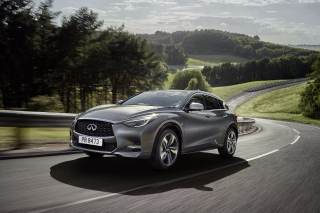 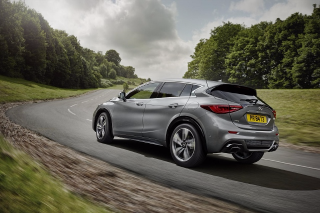 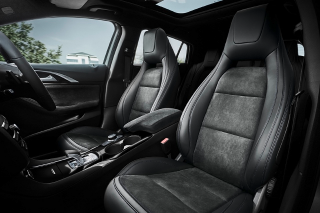 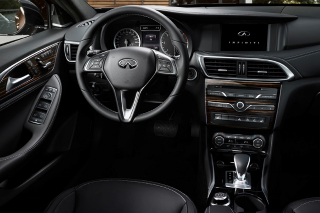 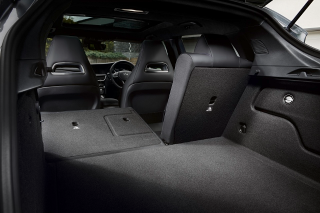 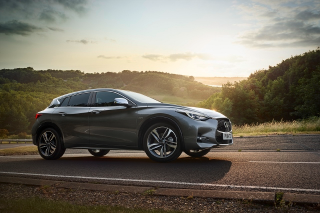 With a range largely developed around North American preferences for big saloons and high performance petrol hybrids, Infiniti’s slow start in Europe isn’t much of a surprise. But the Q30, which puts the Japanese luxury brand into the premium C-segment, is here to change that.

Setting its crosshair on the A3, 1 Series and A-Class, the Q30 is a global car developed to European tastes, built at Nissan’s plant in Sunderland and launching with plenty of ambition. Infiniti hasn’t put numbers on its sales aspirations but it’s hoping to double its UK volumes year on year for the near future. The Q30, and platform-shared QX30 crossover coming next year, are likely to make up the bulk of that growth.

Granted, we’re still talking relatively small volumes compared to the established premium brands, but this has a big role to play. Infiniti suffers a little from a lack of visibility in Europe, which the Q30 has the power to change, and residual values are competitive this time. It’s a step in the right direction, and those distinctive swoopy bodylines will certainly help it get noticed.

A new name this might be, but the mechanical side of the Q30 is familiar. Thanks to a partnership between the Renault-Nissan Alliance and Daimler, it’s on the same compact car platform as the A-Class and about the same size as a GLA overall, with a similarly raised ride height. Not that you’d know it from the outside – only the fake C-pillar window hints that Infiniti hasn’t had quite the engineering freedom it would’ve from a scratch-built car.

The same can’t be said inside, though, where raiding of the Daimler parts bin is much more obvious. Most of the switchgear, the instruments and bits of the lower half of the dashboard are out of the A-Class, the gearstick is from an SL, and Sport versions even get the tombstone-shaped seats fitted to most small Mercedes-Benz products. However, it’s well built, the 368-litre cargo capacity is above average and there’s plenty of legroom (though limited headroom) in the back.

Thankfully, with 18-inch wheels as the smallest option, the A-Class hasn’t donated its spine-breaking suspension to the Q30. Infiniti has developed its own steering setup, and offset the raised ride height with rebound springs to avoid excessive body roll. The standard and the lower, stiffer Sport suspension packages are similarly firm, but less prone to crashing over poor surfaces than the A-Class without much pitching and rolling while cornering. Wind noise is very noticeable at motorway speeds, though.

Fleets are expected to account for half of UK volume, and the most popular engine will probably be the 110bhp Renault-Nissan 1.5-litre diesel. It’s a good fit, relatively quiet while cruising and with plenty of low-rev pep to belie its modest power output, but the most efficient version emits 108g/km CO2, in a segment where rivals are well under 100g/km.

Extra power comes from the Daimler-sourced 168bhp 2.1-litre diesel, diesel (badged as a 2.2-litre), offered with a dual-clutch gearbox and optional four-wheel drive. It’s considerably quieter than in any compact Mercedes-Benz, but it’s still gravelly and doesn’t feel as lively as it sounds on paper. Eco and Sport driving modes for the dual-clutch gearbox either make it too lethargic or too sensitive.

With that said, the Q30 feels a premium choice and its relatively low volumes and distinctly non-German styling should make this an exclusive company car option, too. Infiniti desperately needs the dealer coverage to get the proverbial bums on seats, but this latest newcomer to the premium compact segment shouldn’t have too many problems selling itself once they’re there.

Still a leftfield choice, but a well-engineered combination of Renault-Nissan and Daimler expertise which somehow manages not to feel like a German try-hard. But with a handful of dealers and limited brand awareness, the biggest battle is luring drivers away from the usual suspects. A sub-100g/km diesel would have helped.