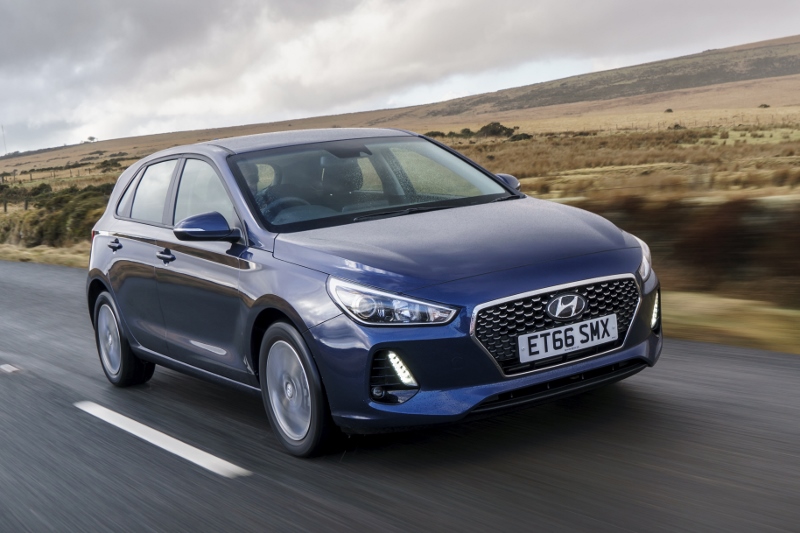 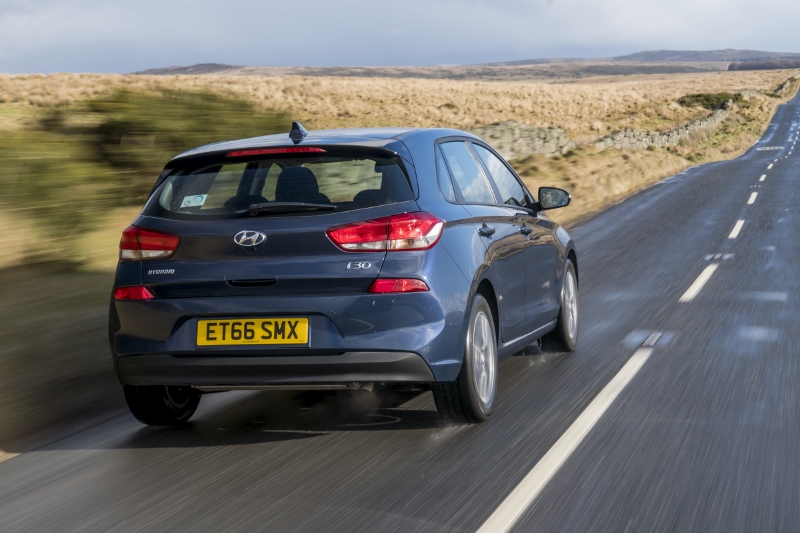 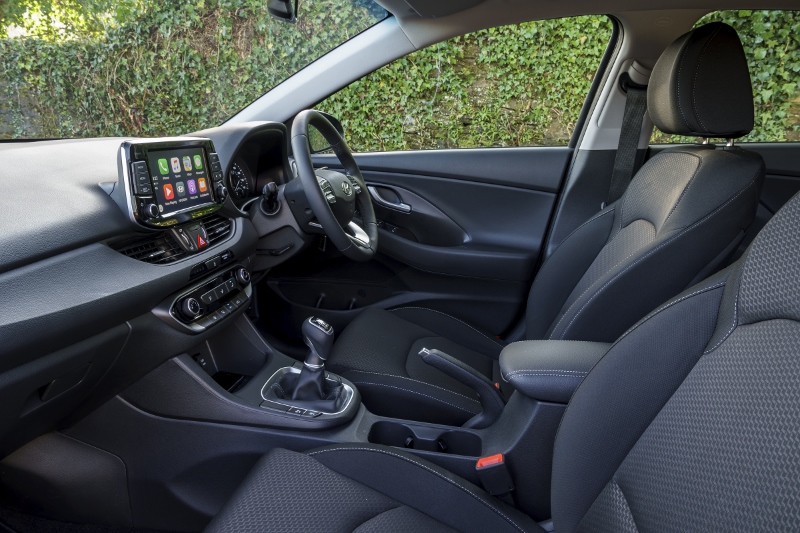 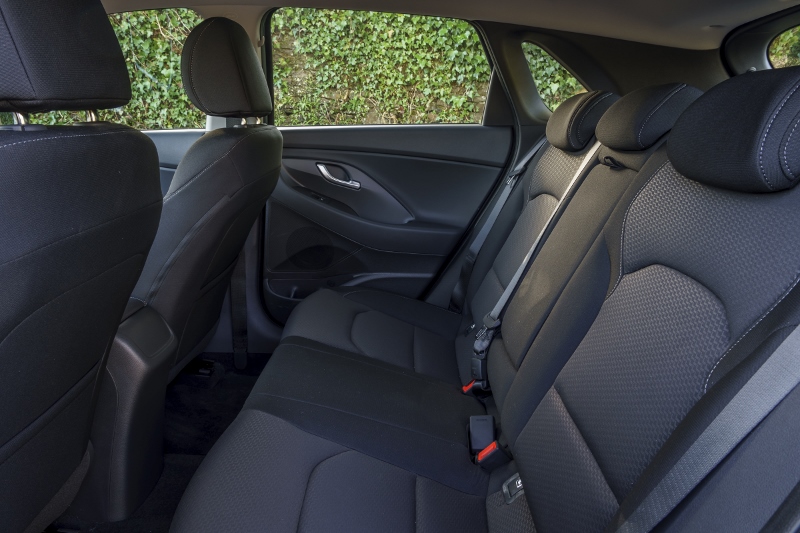 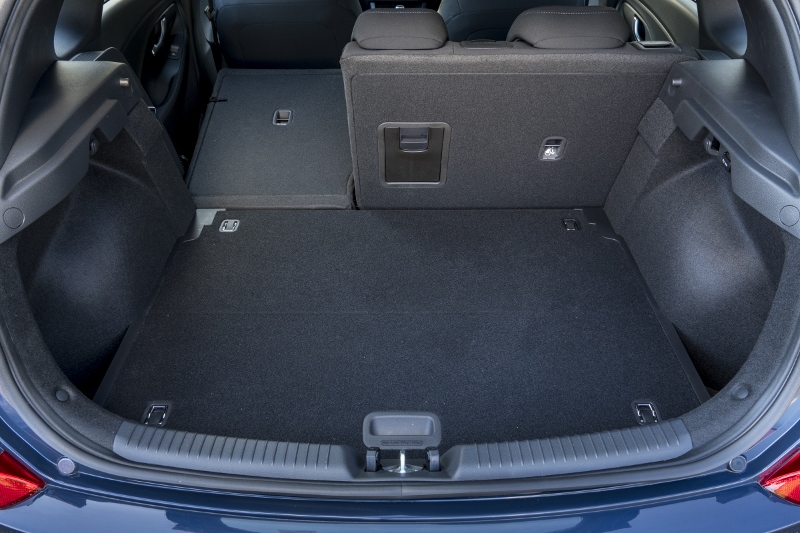 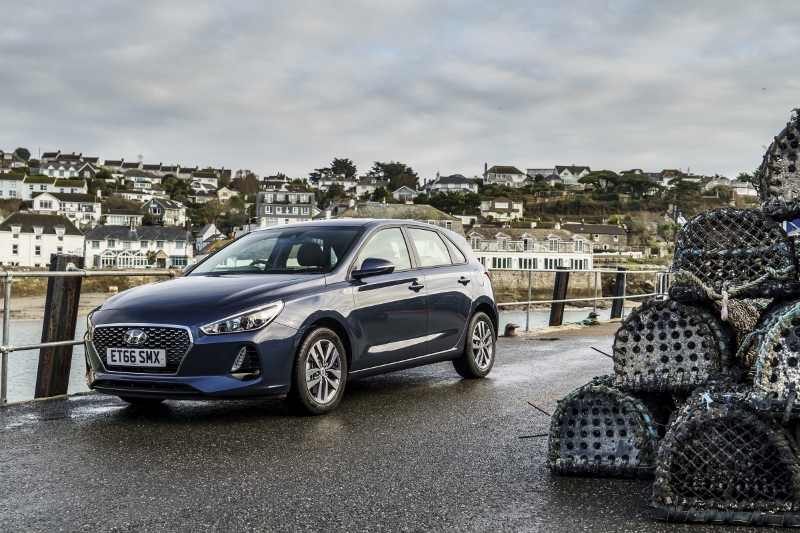 SECTOR: Lower medium PRICE: £16,995-£24,745 FUEL: 51.4-74.3mpg CO2: 99-125g/kmThere can be few more competitive sectors of the market than the lower medium hatchback, an area that is itself under attack from the growing number of B-SUVs on sale. Yet, it remains an important market for many manufacturers, including Hyundai.

i30 has played an important role in Hyundai’s success, the firm will top more than a million i30s by 2018. With up to 50% of UK i30s bound for fleet buyers, this update aims to further boost the hatchback’s appeal, with additional petrol engines and a boost in electronic safety systems.

Most are expected to be tempted by the carried over 1.6-litre CRDi diesel engine, that puts out 110bhp in UK specification, returning up to 74.3mpg with a six-speed manual transmission or 68.9mpg with the firm’s seven-speed DCT dual-clutch box. The more important number, for the moment at least, is 99g/km for the manual car, rising to 109g/km for the auto.

However if you aren’t putting in the miles, or looking for the last word in CO2 emissions, a growing choice of petrol engines deliver a number of tempting options. The first of those is a new 1.4-litre T-GDi turbocharged petrol engine delivering 140bhp and available with either transmission.

This delivers a claimed 52.3mpg and 124g/km for the manual or 51.4mpg and 125g/km for the DCT. With 175lb/ft of torque available, the 1.4-litre engine pulls well and responds rapidly to the throttle. The six-speed manual gearbox has well-spaced ratios for the power output and it is easy to make progress on country roads or the motorway.

The third engine option is the three-cylinder 1.0-litre T-GDi already seen in Hyundai’s smaller i20. The three-pot has been tweaked to deliver a healthy 120bhp, but can only be twinned with the manual gearbox. This results in 56.5mpg and a 115g/km output.

The 1.0-litre engine is perhaps the surprise of the range. If you expect it to be hamstrung by the larger car’s additional weight, think again. It delivers peppy performance and the ability to haul the car along at motorway speeds, only dropping a gear on the steepest of inclines. If your regular use is primarily urban, you would hardly notice the lack of cubic capacity.

Indeed the engines rarely intrude at all, such is the improved level of noise insulation and refinement in the i30’s cabin. Admittedly the interior might not set any pulses racing, but it’s well screwed together, comfortable and delivers a calm, quiet ride over all but the bumpiest of roads. There’s a host of new technology on offer too, with Lane Departure Warning System, Forward Collision Warning System, Lane Keep Assist, Autonomous Emergency Braking and Hill Start Control now standard on all models.

Standard specification also includes DAB and Bluetooth on all models, plus electric windows and alloy wheels of varying diameter. Prices start at £16,995 for the 1.0-litre i30 S, though sales are more likely to take off with the more generously trimmed SE model that adds 16” alloys, a 5” touchscreen, rear parking assist, rear camera and a leather-clad steering wheel.

SE Nav looks likely to be the first choice for fleet buyers, adding an 8” LCD touchscreen with integrated sat-nav and a 30% faster processor than in previous models. As with Hyundai’s five-year warranty, you also get five years of mapping updates included in the deal.

Initially available as a five-door hatch, there will be an i30 Wagon later this year, followed by an i30 N, sporty model. There will also be a three-door fastback i30 early in 2018, completing the line-up. Though there is no confirmation of it at present, don’t be surprised by additional driveline options in the future too, as Hyundai has big plans to expand its hybrid line-up.What we think

The 1.6-litre diesel looks set to remain the popular choice for fleet buyers to start with. However depending on use, both petrol engines are worth a look, with decent power delivery and impressive economy.