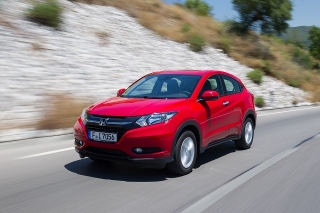 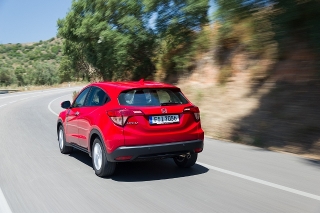 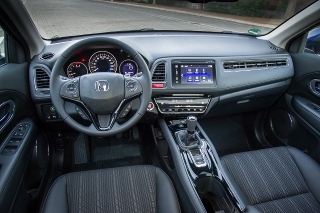 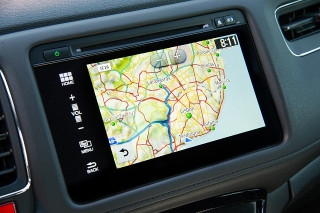 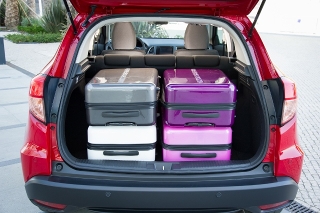 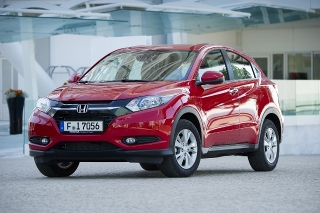 Launched in 1999, the original Honda HR-V might not have been a big seller in the UK, but it was certainly ahead of its time. Acknowledging that drivers were attracted to the high-riding muscularity of an SUV, but didn’t want the running costs or need off-road ability, the ‘Joy Machine’ was every bit the modern crossover.

It was characterful, too; square sided and tall, with low overhangs, it’s got a bit of a cult following. But Honda dropped the HR-V in 2005 – two years before the Qashqai arrived – and, considering Nissan’s runaway success with essentially the same concept, it’s a decision they’d probably have made differently in hindsight.

Now the HR-V badge is returning attached to a new global model. Based on the Jazz and sporting a coupe-like profile, it’s joining an established, booming segment which should make it a safer bet than its predecessor. It’s already shifting in big numbers in the United States and Japan.

Honda is predicting similar volumes to the Civic and CR-V, which means it could become joint second or third-largest seller behind the Jazz, and 70% of customers will come from other brands. The aim is to grow overall sales rather than cannibalise Civic volume, and only a third will go to fleets.

This is a small car, though. It’s shorter than a Civic, let alone its direct rivals, and the side profile makes it look smaller still. However, it stacks up well on interior space. The cabin feels roomier than the Civic, particularly for rear seat occupants who get noticeably more head and legroom and better visibility too.

Honda’s genuinely clever Magic Seats make this as versatile as the Jazz. The fuel tank is under the front seats, freeing up the space under the rear bench and enabling the seat base to be lifted and for items to be stacked from the floor to the rooflining. Load volume outstrips the rest of the class with the seats up or down, and the folding passenger seat means it can accommodate objects up to 2.5 metres in length.

With limited demand for four-wheel drive in Europe, all HR-Vs are front-wheel drive. The ubiquitous 118bhp 1.6-litre diesel makes the most sense for company car drivers, offering smooth and linear power delivery but without the refinement of the equivalent Civic or CR-V. There’s also a 128bhp 1.5-litre petrol engine, optionally mated to a continuously variable transmission with stepped ratios for Europe, but it lacks torque compared to small turbocharged petrols, and has a tendency to drone through the revs when accelerating.

The chassis is tailored to European tastes, but lacks the soft ride and agility of the Civic, tending to fidget over rough surfaces and roll through corners with no reassurance of grip from its light and disconnected steering. This isn’t a driver’s segment, but most of its rivals feel more like a hatchback.

However, the HR-V looks right, it’s generously equipped and surprisingly versatile. Where its Nineties namesake struggled to find its niche in the UK, Honda’s newcomer should have no problem getting a foothold in the crossover segment.

There are more appealing all-rounders in this class, but the HR-V has the right mix of rational and visual appeal to establish itself within this sector.