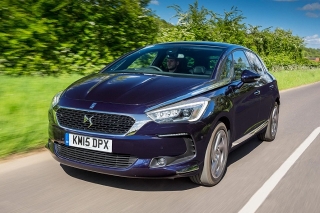 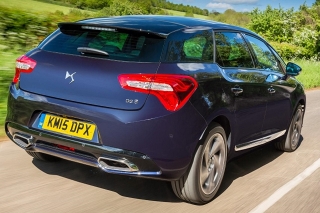 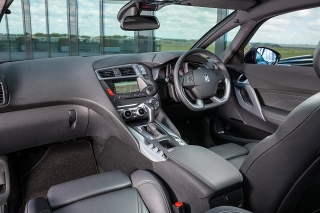 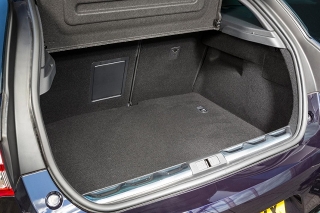 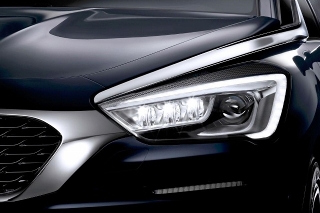 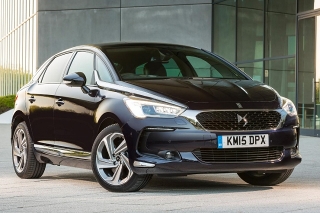 With its own website and the beginnings of a dealer network, DS Automobiles has been taking steady steps away from Citroën for just over a year. But it’s the flagship DS 5 that’s leading the French premium brand’s separation, and it’s the first European model not to feature the double-chevron badge.

So this is DS staking its claim on the executive segment, and putting the 5 up against some formidable rivals – A4, 3 Series and C-Class among them – in a market where others have tried, failed or spent decades trying to get to the top.

The DS 5 makes no attempt to look or feel German. Part sports tourer, part coupe, part hatchback in profile, it’s different enough not to blend in, but still just about conservative enough not to be challenging. The new DS grille and jewel-like LED-lined headlights haven’t blunted its unique sense of style.

But its key strength has always been the cabin. Wrapped around the driver like an aircraft cockpit – something alluded to by the horizon line on the digital dials – and offered with a smorgasbord of leathers, milled aluminium and seat finishes, it’s an environment which delights on small details.

The downside is, function has followed form. It’s comfortable up front but there’s limited rear headroom, no grab handles, the cup holders are poorly positioned and the split A-pillars create huge blind spots at junctions. A smaller, more dished, steering wheel would also be welcome.

DS has divided the range into two trim levels, with a ‘1955 Edition’ paying homage to the original Citroen DS. All cars get navigation and the entry-level Elegance includes most of the equipment a long-distance driver might want. Prestige versions get a reversing camera, which is useful with limited rear visibility, and luxuries such as leather upholstery – a £1,200 upgrade on the Elegance – plus the new Xenon and LED headlights with scrolling indicators.

It’s reckoned that the bulk of UK cars will take the 2.0-litre BlueHDI 150 diesel engine. Offered with a manual gearbox and in both trim levels, this returns 68.9mpg and emits 105g/km, which is competitive in this class. Acceleration is smooth, though it’s a little gruff under load, and the convenience of an automatic gearbox is the only real benefit of moving up to the BlueHDI 180.

Actually, it’s the 1.6-litre BlueHDI 120 which feels best tuned to the car. It’s only offered in Elegance form and limited to 17-inch wheels, but feels more eager off the mark than the larger engines and the smaller wheels transform the ride quality. For that alone, it’s worth downsizing and cherry-picking a few options from the Prestige.

The DS 5 is an executive car built as only the French would build one. It isn’t perfect, nor is it as practical or good to drive as the segment-defining Germans, but it’s a choice which hinges on aesthetic appeal. Buy into its modern interpretation of well-heeled 1950s automotive chic, and you’ll find it’s a characterful alternative to the obvious choices.

Luxurious, generously equipped and with a competitive engine range, the DS 5 is a leftfield choice which doesn’t fall down in the real world. Desirable and different.

Previous: Half of young drivers have had a work-related call while driving, says Brake
Next: Six tyre retailers convicted of supplying unsafe tyres in a week