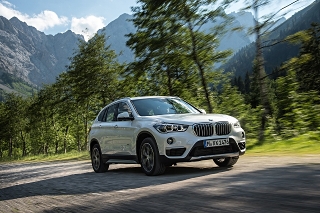 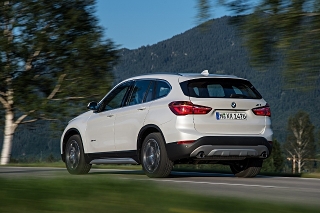 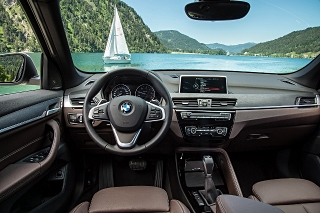 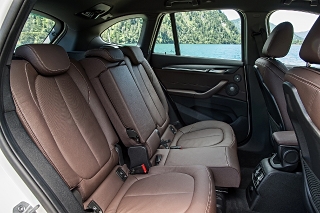 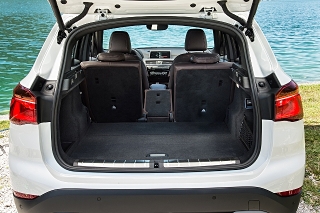 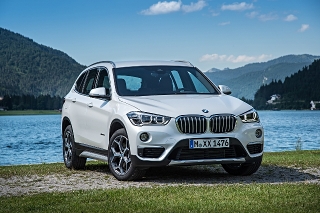 BMW managed to beat its direct rivals to the crossover segment with the X1, and it’s done well out of the outgoing car. Despite a lukewarm reception from the press, sales have climbed steadily during its six-year life cycle, reaching 8,500 units last year. That’s slightly more than the X3.

It’s unlikely that many of those buyers would have noticed, but the old X1 was mechanical oddity. Though only slightly larger than a 1 Series, the platform, engines and wheelbase were taken from the last generation 3 Series, and it managed to offer neither the extra glazing nor interior versatility that usually comes from sizing up to a crossover.

The new car is an entirely different proposition. It’s on the same platform found under the 2 Series Active Tourer and Grand Tourer, which means two-wheel drive versions are front-wheel drive. This puts the X1 into the same bracket as its newer rivals, the Audi Q3, Mercedes-Benz GLA-Class and the Range Rover Evoque.

Boot capacity is 505 litres – 85 more than the old car – the rear bench folds using switches inside the tailgate and there’s a compartment under the floor for the tonneau cover. With a stylish new dashboard laid out almost identically to the Active Tourer, and an optional folding passenger seat, the X1 makes a convincing alternative to an MPV.

Particularly now that it looks unmistakeably like a downsized SUV. BMW is offering a choice of Sport or xLine trim levels over the entry-level SE, the latter adding aluminium and black plastic cladding to give it a hint of off-road ruggedness. An M Sport trim will be available from November.

The UK gets a slimmed-down engine range compared to the rest of Europe. This may be a 50% fleet car, but only 5% of British buyers take two-wheel drive, so the forthcoming three-cylinder sDrive16d won’t be imported and the sDrive18d isn’t offered in all trim levels. As it’s now front-wheel drive, there’s no heavy propshaft connecting the engine to the rear wheels, which benefits fuel economy.

BMW expects the xDrive20d to be the biggest seller. It uses the same 188bhp 2.0-litre diesel engine found across most of the range and is offered in the xLine and Sport trims, and almost definitely in M Sport when that launches. The four-wheel drive system spends most of its time directing 100% of the power to the front wheels, but it’s capable of shifting everything to the rear axle depending on available grip, so real-world economy should be good.

However, there was only one diesel to test on the launch; the 231hp xDrive25d, equipped with variable dampers and the xLine bodykit. With a platform derived from the latest MINI, BMW has a track record for fine-handling front-wheel drive cars and the X1 is no exception. It feels light and sure-footed while cornering, with plenty of grip and minimal body roll much like a smaller hatchback, but there was no opportunity to test it with the standard suspension setup.

Of course, these are attributes which are also true of its nearest rivals, but no other premium SUV offers quite the same level of interior flexibility as the X1. Having had a generation to perfect its offering in this segment, BMW may have taken the lead again.

The outgoing X1 sold well despite its flaws, which bodes well for its considerably more well-rounded replacement. MPV flexibility, small-car efficiency and SUV styling with BMW driving dynamics should find it plenty of fans.