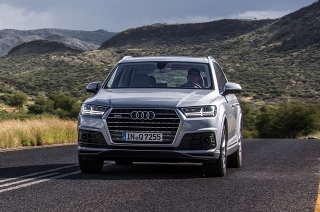 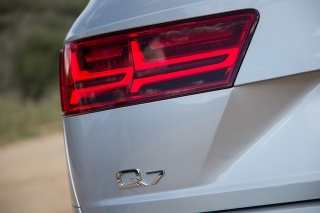 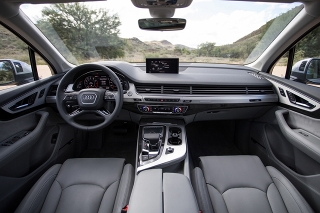 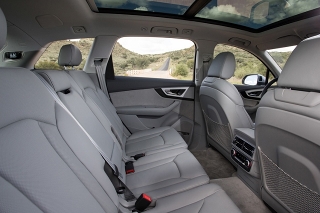 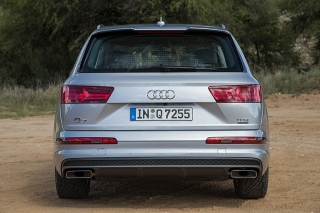 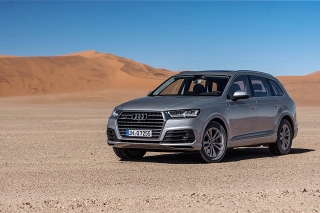 It just shows how far this remarkable company has come in a very short amount of time, that when the first Q7 was launched nearly a decade ago, there were some who wondered if it wasn’t a step too far for Audi.

Too big, not understated, surely not the sort of thing that appeals to drivers about Audi? Hardly. It sold more than half a million worldwide. Now we have an entirely new car.

For a start it is much lighter – by more than 200kgs on UK models – thanks to an aluminium and steel composite bodyshell, and the engine powering it is more efficient as well as more powerful. The launch model comes with a 3.0 TDI unit offering 272bhp which is 11 more powerful than the outgoing 245bhp model, but fuel economy is improved by 25% to 47.9mpg. CO2 improves by roughly the same amount to 153g/km.

It’s a strong engine, that is also superbly refined, mated to an eight speed Tiptronic gearbox. We tried models that come with the new optional all-wheel steering system and those without, and the latter  felt more agile, rather counter-intuitively. If parking such a big beast is an issue, then the four wheel steer system manoeuvres it into tight spots with surprisingly agility.

I might say that I don’t think it is much to look at, with an awkward grille. However, inside the Q7 is an object lesson in quality, fit and finish.

Up in the front row the latest MMI system and the ultra sharp Audi Virtual Cockpit in front of the driver, takes the standard on from that of the TT. In fact, such is the incredible amount of information displayed that it can be hard to quickly ascertain key facts such as speed. The optional head-up display solves that dilemma.

The materials in the cabin are of the very best standard, while the superbly comfortable seats give an imperious view. In UK specification all models have three rows of leather seats as standard. A total of 770 litres of luggage space is available when seven passengers are on board, or up to 1,955 litres if only the front seats are occupied.

Unsurprisingly, it is not cheap: pricing starts at £50,340 OTR in the UK. But then, such is its popularity, Audi knows it can sell thousands of Q7s no matter what it charges, doesn’t it?