Contract Fire Security is saving almost 15% on fleet costs after outsourcing its fleet to Motiva Group. 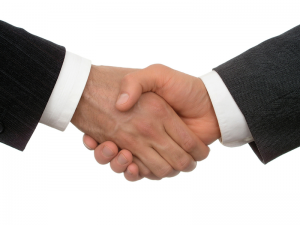 The fire services firm has saved more than £50,000 in six months after partnering with Motiva Group for its 182-strong fleet of cars and vans and has also reported a host of additional benefits.

Finance director Stephen Butler said: “We’ve been really impressed by the improvement in our fleet performance since Motiva became involved. We have made significant savings already and I expect that to continue long term.

“The processes and policy controls they have implemented have been very effective and the level of engagement with our driving population has been exceptional.

“Our drivers are now far more aware of their responsibilities as a member of the company fleet. Motiva has provided them with the foundations and tools to drive more responsibly and to be aware of how their performance can affect our running costs.

“The savings we’re achieving in this area will help our plans for business growth and that, in turn, will deliver more benefits to our employees.”

The three-year deal, which sees Motiva become the sole vehicle supplier to CFS, also provides CFS with full costs consolidation, including the delivery of a monthly spend summary.

Jane White, head of fleet management at Motiva Group, said: “Not only do we review and report on our own costs, we also include spend incurred with any other fleet-related supplier – something I believe is fairly unique in the market.

“This analysis gives clients a more accurate account of total fleet spend for their business and they’re able to pinpoint areas not necessarily classed as normal running costs.”

“As well as saving CFS 15% on total fleet costs since it went live, it has also supported some significant improvements in driver behaviour which will sustain cost controls through the term of the contract.

“I’m confident the control measures we’ve put in place will enable CFS to continue to achieve healthy savings on an on-going basis.”

Previous: New solution to ease Dart Charge burden for fleets
Next: IAAF teams up with FleetCheck to offer member benefits