More than half of motorists want fines handed to people abusing parent-and-child parking bays, a survey conducted by YourParkingSpace.co.uk has revealed. 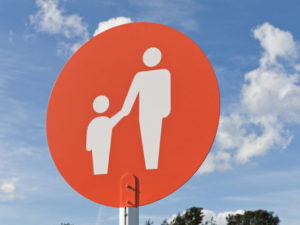 Harrison Woods, managing director at online parking portal YourParkingSpace.co.uk, said: “Most people want some sort of punishment for motorists who use supermarket parent-and-child parking spaces when they shouldn’t be.”

The survey also found that 38% of respondents felt the parent-and-child parking bays should only be used by parents with children up to five years’ old, not the much higher 12 years’ old, which is generally considered the acceptable maximum age limit by most supermarkets, with only 17% of respondents supporting that age.

More than two thirds (69%) of respondents felt supermarkets were right to offer parent-and-child parking spaces and most respondents were respectful of the parking restrictions, with 90% saying they had not parked in a parent-and-child space without a child on-board. The excuse given by those who did was frequently that of laziness, being in a rush or simply wanting a larger space, the survey found, while others claimed it had been an honest mistake.