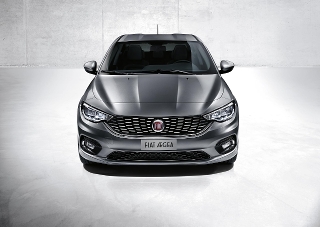 Luca Napolitano, head of brand for Europe, Middle East and Africa, told Fleet World that the as-yet-unnamed new model would be offered as a hatchback and estate. Both will be based on the Fiat Aegea Project, a compact saloon unveiled at the Istanbul Motor Show earlier this year.

Production is earmarked for the carmaker’s plant in Bursa, Turkey, and engines will include two MultiJet diesel engines and two petrol engines with power outputs between 95 and 120bhp, with fuel economy of over 70mpg from the most efficient version.

It arrives as the manufacturer looks to clearly mark out two ‘families’ within its model range, Napolitano said. The aspirational family includes the 500, 500L, 500L Trekking and 500X, with a new Spider due for a 2016 Geneva reveal, sharing its platform with the latest Mazda MX-5. This will enable Fiat to target conquest customers from other brands.

A second family, based on functionality and value for money, will be offered alongside it. This comprises the Panda range and the new hatchback and estate – and will allow Fiat customers to choose what level of technology and design they require. This could also be expanded to include other bodystyles, Napolitano added, but said it was too early to confirm.

“At the next Geneva Motor Show, we will be expanding both families,” he explained. “We will present a new C-segment car, both hatch and estate, adding to the sedan shown in Istanbul. The 500 has had an important role, especially as a rental car. With this three-body car, we want to enter into the fleet channel. We need a core offering, in the functional segment, with the Fiat brand.”