Fewer drivers caught by police for mobile phone use

The number of motorists caught by police for mobile phone use has fallen by half despite new research indicating that illegal mobile use by drivers is on the rise. 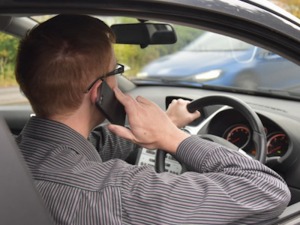 Earlier this month Secretary of State for Transport Chris Grayling said he pledged to double the points and fines for drivers using mobile phones behind the wheel from the first half of 2017.

However, motoring and road safety organisations continue to call for increased police enforcement.

Road safety spokesman Pete Williams said: “It is just as important that laws are seen to be enforced, and the decline in the numbers of dedicated road traffic police has only heightened the feeling that those who use a handheld phone while driving simply get away with it.”

Meanwhile Amanda Stretton – former racing driver and motoring editor of Confused.com – has called for an increase in awareness and education around the subject, saying: “This steep rise in mobile phone usage at the wheel could potentially be set to continue as more and more people embrace smart phone technology. Motorists’ attitudes to using mobile phones whilst driving appears to be relaxing, therefore, it is important now more than ever to spread awareness and educate motorists on the dangers of this.”

Previous: Planned OPEC oil production cut is ‘no cause to panic’, says RAC
Next: New Audi Q5 revealed at Paris