Kia drivers can now buy a Faraday case that helps stop models with a keyless entry system from being hacked after Thatcham research indicated a possible issue with Proceed models. 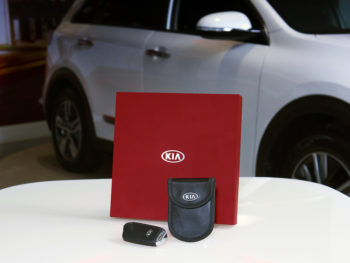 Available for new and used Kia models, the KiaSafe case has been developed to stop thieves using the so-called relay attack method for stealing cars whereby they use a device to obtain the frequency from the car key to enable them to start the car and drive it off.

The case acts in a similar way to a Faraday cage, helping to prevent keyless theft with a layer of metal within that blocks the device that thieves use.

The KiaSafe case is available from participating dealers as part of the handover process but can also be bought by existing owners for £9.99.

Kia’s ongoing work on vehicle security will also provide future vehicles with ‘sleep’ buttons on the keyfobs. Already available from Ford for its Fiesta and Focus models, the technology sees keyless functionality deactivated if the fob has been stationary for a certain amount of time, stopping thieves from being able to hack into the cars. Kia says it’s working on the technology for its vehicles and it will be offered “as soon as is feasible given production schedules and new model introductions”.

The move comes just a few months after the Kia Proceed was one of a number of new models launched in 2019 and rated as ‘poor’ under Thatcham’s new ratings, which evaluate vehicle security. Although the cars would have been rated as ‘good’ otherwise, Thatcham’s tests identified digital vulnerabilities on the keyless entry/start system.

Commenting on the new KiaSafe Faraday case and the brand’s work on ‘sleep’ buttons, Richard Billyeald, chief technical officer, Thatcham Research, said: “We welcome any proactive measures undertaken by carmakers to protect keyless systems. Although Faraday pouches are known to be effective in mitigating the risk of the relay attack, we look forward to the introduction of fixes to vehicles which don’t rely on active participation from the driver.”