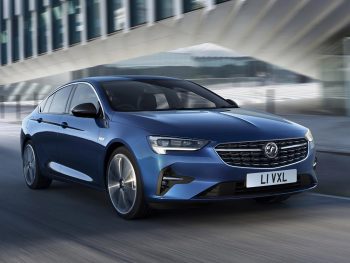 On sale from January, with pricing yet to be announced, the changes introduce minor tweaks to the front end, including a revised grille and LED daytime running lights.

It also features latest-generation IntelliLux LED headlights, which feature 84 LED elements in each beam, compared to the previous 16, to bring added energy efficiency and improve visibility for driving in the dark. The changes also allow the camera-connected control unit to react faster and with more precision to every traffic situation.

The rear has also been updated to include new features extending to a rear-view camera and a rear cross traffic alert system, which uses radar sensors to detect objects 90 degrees to the left or right behind the car, up to a distance of 20m away.

All infotainment options are compatible with both Apple CarPlay and Android Auto, from the basic seven-inch colour touchscreen Multimedia Radio to the Multimedia Navi Pro unit. The top-of-the-line version features an eight-inch touchscreen and a number of Connected Navigation services, bringing real-time traffic information, online map updates and predictive navigation for route planning. The E-Call system is also available as an option.

Engine line-up has not been announced, with further details expected closer to the launch. First deliveries start May.