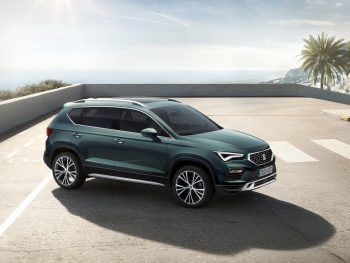 The updated SEAT Ateca is now on sale

The first SUV to launch from SEAT, the Ateca is credited with transforming the brand and the updated model will help drive demand further. The line-up now includes six trims, including a new Xperience model, plus the Cupra high-performance version. Prices start from £23,670 and the SE Technology, Xperience and Xperience Lux versions are actually cheaper than the outgoing models.

Price cuts include for the 1.5-litre TSI 150PS SE Technology, expected to be the most popular model, which now costs £26,355 and also gets more technology as standard, including connected navigation and wireless charging for smart devices.

The new Xperience trim is also cheaper than the Xcellence grade that it replaces. It’s priced from £27,750 and puts the focus on technology and comfort features as well as sharper design than the outgoing model.

All models also continue to use SEAT’s easymove specification system to simplify ordering. Introduced in 2018 across the full SEAT line-up following a positive pilot on the Arona, the three-step system means customers only need to choose the trim level, engine and colour; metallic paint comes as standard.

The facelifted model also gets a range of updated TSI petrol or TDI diesel powertrains. The entry-level petrol unit is the 110hp three-cylinder 1.0 TSI unit and the petrol line-up also includes a 150hp four-cylinder 1.5 TSI. This is available with both manual and DSG dual-clutch transmissions, and now offers improved economy by integrating Active Cylinder Management technology, which adapts the engine to work with only two cylinders in certain driving conditions. Combined WLTP fuel economy ranges from 39.2mpg to 45.6mpg with WLTP CO2 from 142-153g/km, depending on the trim.

The most powerful petrol option is a 190hp 2.0 TSI unit, linked to a DSG dual-clutch transmission and 4Drive all-wheel drive system. It’s also offered in a 300hp output version exclusively in the Cupra Ateca and offering 31.7-32.5mpg WLTP combined and 197g/km of CO2. The Cupra Ateca also gets Adaptive Chassis Control and offers a 0-62mph time of 4.9 seconds. It’s priced from £39,050.

Order books for the upgraded Ateca range are open now.