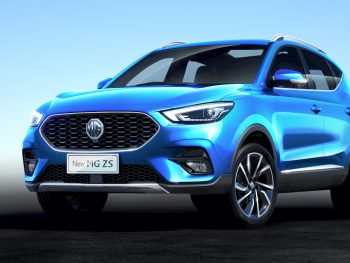 The facelifted MG ZS is on sale now

Originally launched in November 2017 as a rival to models such as the Nissan Juke, the MG ZS petrol-only compact SUV has MG Motor’s biggest selling car to date. It was also the first MG to be offered with a seven-year warranty, now carried over to the rest of the range.

The revised model brings a new exterior design including revised grille and alloys, as well as an updated cabin with more soft-touch materials, and updated dashboard and interior trim, now including an armrest.

It also introduces an overhauled trim line-up, with just two trim levels – Excite and Exclusive – based on the fact that almost all MG ZS buyers have previously opted for the higher-spec version.

Power comes from a 1.5-litre four-cylinder engine with five-speed manual gearbox and WLTP-rated combined fuel consumption of 41.4mpg and CO2 of 155g/km. Automatic versions will arrive later this year. All versions come with three steering modes – Urban, Normal and Dynamic.