Kia is upgrading its Stonic compact SUV with a new mild-hybrid petrol engine alongside updates to existing petrols and latest driver assistance and safety features. 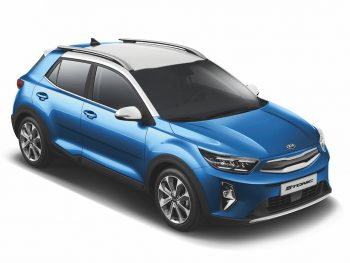 The updated Kia Stonic arrives in the UK in Q4

Due on sale in the UK for Q4, the facelifted Stonic – Kia’s fourth best-selling model in Europe after the Ceed range, Sportage and Picanto – is now available with the brand’s new petrol 48V mild-hybrid ‘EcoDynamics+’ powertrain, which comes with 100 or 120hp and replaces the Stonic’s earlier ‘Kappa’ 1.0-litre T-GDi.

The unit brings higher torque – for the 120hp version with seven-speed DCT, peak torque is up 16% on the former Kappa unit – and fuel and CO2 figures should be improved but haven’t been announced yet.

The new powertrain features Continuously Variable Valve Duration (CVVD) technology, which enables the engine to switch between different combustion cycles depending on load to maximise efficiency.

It’s also available with Kia’s new ‘clutch-by-wire’ intelligent Manual Transmission, said to further reduce fuel consumption and emissions. Drivers can also opt for a seven-speed DCT and both offer the ability for engine-off ‘sailing’ to improve fuel efficiency at speeds of up to 77mph.

Elsewhere in the range, the Stonic gets ‘Smartstream’ petrol engines, comprising a 100hp 1.0-litre T-GDi engine and an updated version of Kia’s 84hp naturally aspirated 1.2-litre engine, with Dual Port Injection technology. Transmission choices include a six-speed manual transmission instead of the earlier five-speed box, and a seven-speed DCT.

The interior and exterior design of the Stonic remain largely unchanged but it gets a new colour options bringing latest body and roof colours and combinations, and a new wheel choice. It also introduces a larger 8.0-inch touchscreen infotainment and navigation system can be specified with Kia’s new ‘Phase II’ UVO Connect telematics features.

Rear cross-traffic collision-avoidance assistance and front and rear parking sensors are available, as well as a new rear occupant alert system to warn drivers about passengers or pets left in the car.

The upgraded model also gets six airbags throughout the cabin, as well as Isofix child-seat tether and anchor points.

UK on-sale date, line-up and specification to be announced nearer to the on-sale date in Q4 2020.