As well as addressing fleet vehicle emissions, businesses and drivers could help cut their carbon footprint by running smartphones and laptops longer. 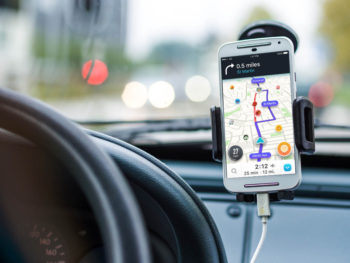 New research finds that extending the lifespan of smartphones and other electronics by just one year would save the EU as much carbon emissions as taking two million cars off the roads annually.

The study – published by the European Environmental Bureau (EEB) on behalf of the Coolproducts and Right to Repair campaigns – also found that extending the lifetime of the EU’s stock of these products by five years would save almost 10 million tonnes of emissions (CO2 equivalent) annually by 2030; the equivalent to taking five million cars off the roads for a year.

In particular, the report highlights the impact of the disposable smartphone culture. With an average lifespan of three years, the production of Europe’s smartphones has the largest climate impact among the products analysed. The NGOs estimated that the full lifecycle of our phones is responsible for 14 million tonnes of emissions (CO2eq) each year, which is more than the carbon budget of Latvia in 2017.

Although NGOs recently succeeded in pushing for EU-wide regulation aimed at extending the lifespan of a small group of products including TVs, fridges, washing machines, dishwashers and lighting products, the report adds pressure on EU policy makers to also add smartphones and laptops to the next list of products to be considered under the Ecodesign Directive.

“The climate impact of our disposable smartphone culture is far too high. We can’t afford to keep replacing them every few years. We need products that last longer and can be repaired if they break,” said Jean-Pierre Schweitzer, a product policy expert at the EEB.