Extended replacement cycles are ‘acute point of weakness’ for fleets

Fleet extensions to replacement cycles are at an “acute point of weakness” and at adds with plans to also cut costs on servicing and maintenance. 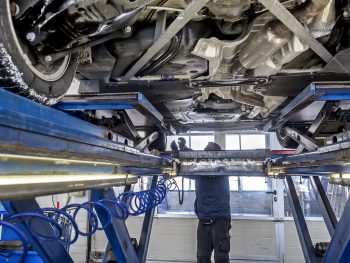 So says FleetCheck as it warns that many companies are pulling the purse strings tight, including by putting off their normal car and van replacement cycles as well as looking at ways of cutting service and maintenance costs.

Managing director Peter Golding said: “Clearly, these two objectives are not always compatible. The longer you keep hold of a vehicle, the more closely its service and maintenance needs to be monitored and the more likely it is that serious problems start to develop that cost a lot of money to put right.

“What fleet managers need to do is to try and arrive at strategies that allow them to keep all the vehicles on their fleet in a fully roadworthy condition while, at the same time, minimising expenditure. This can be done, we believe, but it is not easy.”

Golding added that the key was to look at servicing and maintenance costs as closely as possible, ensuring that the work was done to a high standard at a competitive price.

“How this is achieved will depend very much on each individual fleet. Some will have people on board with the technical knowledge to look at their service and maintenance buying almost on a line-by-line basis to identify areas where savings can be made. Where this is being done, they can use fleet software to help automate that process.

“Others will lack that degree of proficiency and require external support.

“In both instances, the solutions employed may mean, for example, looking at using more independent repairers, reviewing tyre brands bought and watching for areas of accidental overcharging, such as sometimes happens with oil and other fluids.”

The MOT test situation was also likely to prove to be a potentially serious issue related to servicing and maintenance during the second half of the year, Golding added.

“It’s been widely highlighted already but considerable pressure will be placed on the MOT testing infrastructure as all the delayed tests become due alongside all of those that were set to take place anyway. Demand will sky rocket and there may not be enough capacity.

“Our advice to fleet managers is to book in now all of your vehicles that have MOT tests due before the end of the year. It is not impossible that some cars and vans will have to be removed from use because a test isn’t available before their current MOT expires.”