Lower pump prices seen in November are likely to be short lived, with price increases on the cards before Christmas, says the RAC. 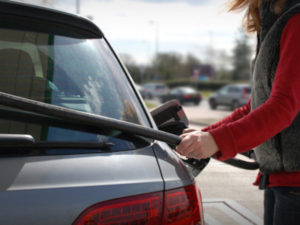 The RAC says the OPEC production cut is likely to cause a rise in pump prices.

However the RAC added that last week’s OPEC decision on a production cut is likely to cause a rise in pump prices.

RAC fuel spokesman Simon Williams said: “What happens to the oil price in the next few weeks as the markets react will be crucial and could set the tone for what happens to prices early into 2017. If the US now responds by increasing its output, prices may not rise as sharply as some are predicting. It is also important to remember that the OPEC cut is currently only in force for six months.”

He added: “Drivers should remember that while the oil price is the biggest variable affecting fuel prices, it is not the only one. With fuel traded in dollars, the dollar/sterling exchange rate also has a bearing on what retailers pay, and in turn what we pay when we fill up. A weaker pound, as we have seen since the EU vote, can see forecourt prices rise but a stronger pound can do the reverse. The unprecedented political situation on both sides of the Atlantic has the potential to buffet the exchange rate significantly through next year.

“With the Chancellor rightly choosing to extend the freeze on fuel duty in last month’s Autumn Statement, with the rate remaining at 57.95p per litre, at least motorists won’t be hit with extra tax on fuel next year.”

Previous: Fleet registrations up 5.1% in November
Next: Killer drivers could face life sentences