Volumes and values of ex-fleet stock saw a large fall in the November lockdown but the used fleet sector remains up overall, according to Aston Barclay. 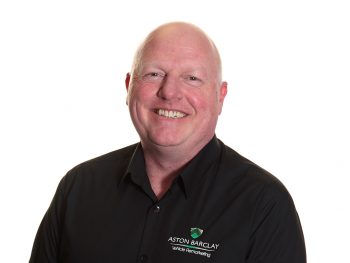 The firm’s figures show high volumes of fleet stock were held back in the second lockdown, which contributed to the average price of 24-60-month ex-fleet stock falling by 9.5% (£881) in the month to £10,638.

However, the firm said this is just a short-term blip as values and conversions have already started to improve.

It added that November’s average ex-fleet prices of £10,638 are still higher than at the beginning of 2020, putting the current volatility of the 2020 market into perspective.

Overall, used car sales last month reached 70% of a typical November despite lockdown. Although dealer showrooms were shut and many used car buyers were on furlough, dealer, fleet and OEM vendors sold thousands of used cars and vans online.

EVs and hybrids experienced a price fall in November of £1,341 (9.1%), moving them closer to equivalent petrol and diesel models.

With showrooms now open again, Aston Barclay said used car demand and prices are already improving and the trade is anticipating a strong end to December and start to January.

But Brexit that may affect the market’s progress according to Aston Barclay’s MD – customer, Martin Potter.

“Overall, we were very positive about how November performed compared with the first lockdown, but how Brexit may affect the used car market is still unclear. The likelihood is that it will impact the new car market more readily. Consumer confidence is still in the balance moving into 2021 with the unemployment rate continuing to rise which is countered by the positive news that the vaccine programme will start before Christmas. What I know is that the used car industry would love some consistency to return in 2021,” he added.

The BVRLA however has already warned of an expected rebalancing of residual values – it’s forecasted a fall of 10% in used car values in 2021 as used car values are around 7% higher than they were a year ago. It’s said this is unsustainable and the leasing industry is concerned about the long-term economic impact of the pandemic and the used market’s capacity to absorb a large influx of electric vehicles. It added that a 10% fall is broadly similar to 2019 and not as dramatic as that seen in 2008 following the recession.

Cap HPI has also said that used values are likely to fall during 2021 as the negative impact of coronavirus on consumer confidence is likely to outweigh the positive impact of higher prices on new cars from Brexit tariffs and a resultant switch to used cars from buyers.