UK fleets expect to add significant numbers of EVs to their operations by 2022 but the higher acquisition cost of electric cars and their lengthy lead times and lack of availability still pose issues. 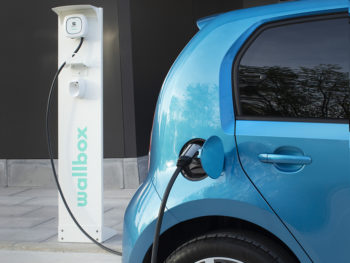 It’s EV cost and availability that’s hampering fleet take-up, not range and charging infrastructure, according to the EV Report 2020

More than 300 fleet decision-makers were surveyed for the EV Report 2020, which was run by 360 Media Group for its EV Barometer and found that 53% of companies running between 50 and 99 company cars expect to be buying or leasing a minimum of seven new electric cars per year by 2020. Meanwhile in smaller fleet categories of below 49 company cars, the move to buy or lease zero-emission cars is forecast to be even earlier.

The research – which included indepth discussions with fleet managers at seven focus groups in London, Birmingham, Bristol, Leeds and St Albans – counters current views that range and the public charging network are still issues for fleets. Instead, the EV Report 2020 outlines that operators now have confidence that these issues will be resolved swiftly. Moreover, they have started to view electric vehicles as a way to save costs, cut corporate carbon footprints, and maintain access to city centres as more local authorities introduce clean air zones.

The survey found that 59% of van fleets and 57% of car fleets operate vehicles in areas that have or are planning to introduce emissions regulations. The larger the fleet, the more likely it was to be impacted by clean air zones, and 42% of companies with more than 100 vans now say ultra-low emission zones are their principal reason for going electric.

The research also identified that reducing expenditure is the number one priority for 36% of fleets, with the lower fuel, maintenance and tax costs of electric cars considered a significant advantage over petrol and diesel equivalents. Half of large (100+) car fleets see cheaper running costs as their main reason for adopting electric cars.

However, the higher acquisition cost of electric cars and their lengthy lead times and lack of availability are pressing problems for businesses that want to go green (and be seen to be green) but need the business case to make financial sense – reinforcing the need for continued incentives to help EV acquisitions.

In fact, more than a third (34%) of UK fleet decision-makers surveyed for the EV Report 2020 complained that prices quoted for a new electric car rise before delivery; 32% are unhappy at the lack of availability of electric cars at the time of ordering; and 30% are disappointed at the cost of electric cars.

Cost is such an issue that almost half (48%) of car fleets and 56% of van fleets would be interested in leasing second-hand EVs to save money.

To help with making the switch to EVs, fleets would like assistance in identifying which of their vehicles could make the transition first with minimum operational disruption. They are also seeking help in installing charge points, particularly depot-based fleets that require smart solutions to avoid overloading their local grid.

In addition, many fleets want extended test drives of at least a fortnight to reassure themselves that electric vehicles will not compromise their operations.

And decision-makers also expressed keen interest in ‘switch-back’ arrangements that would allow them to return to a petrol or diesel vehicle, penalty-free, after six months if battery power proves to be impractical.

Ian Richardson, managing director of 360 Media Group, said: “The findings provide compelling evidence that in the business arena it’s now a question of when, not if, electric vehicles start to account for a significant share of new company cars.”