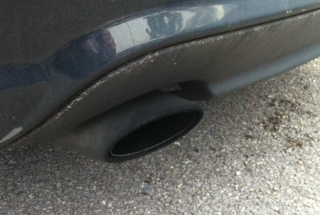 The move means that the forthcoming Real Driving Emissions (RDE) tests, which will replace laboratory tests, will now allow the limits for nitrogen oxide (NOx) emissions from new diesel cars to be set at 168mg of NOx per km for Euro 6 cars until 2020 and 120mg/km thereafter.

The move to veto the plan was rejected by MEPs on Wednesday, after the EU Commission promised a review clause and tabled a long-term legislative proposal to revamp the EU car approval regime.

Announcing the European Parliament decision, Environment Committee chair Giovanni La Via (EPP, IT), said: “We now have clear commitments from the European Commission for a review clause with a precise timeframe, in order to bring down the maximum emission values to the levels which were agreed upon by co-legislators. A proposal for a long-term reform of the EU approval regime for cars is also on the table, as requested by Parliament.”

“This regulation will be a major challenge for the industry, with new and more stringent testing standards that will be extremely difficult to reach in a short space of time,” stated Erik Jonnaert, ACEA secretary general. “However automobile manufacturers welcome the much-needed clarity, and are eager to move forward by implementing the new testing conditions as soon the regulation is adopted.”

However, environmental campaign group Transport & Environment (T&E) said it is disappointed with the decision, which “will undermine efforts to clean up Europe’s air and improve public health”.

Greg Archer, clean vehicles director of T&E, said: “It’s disgraceful that the most powerful countries in Europe think that keeping dirty diesel is good for their car industry while citizens are poisoned. The European Commission and progressive members of the European Parliament have fought tooth and nail to prevent a bad outcome but this wasn’t sufficient to counter the pressure from EU national governments.”

T&E also said that the Commission and member states’ decision exceeds the powers of implementing legislation and is therefore illegal.

It added: “Implementing legislation can only take uncertainty in the testing procedure into account when revising limits. The Commission, following analysis by its Joint Research Centre, stated the testing uncertainty was 20%. The political decision to raise the limit to 50%, and more in the short term, therefore goes beyond the powers provided in the Euro 6 regulations.”

Greg Archer added: “There’s only one way out of this scandal and that is to have an early review of the flexibility in the new test (conformity factors) in 2017 and ensure all diesels meet the Euro 6 rules on the road by 2021 at the latest. Until that happens, no one will consider diesel cars clean and cities may be forced to ban them to comply with EU air quality.”

Previous: Driving for Better Business to launch fleet safety benchmarking tool
Next: Ford to target high-profit sectors such as crossovers and SUVs in Europe