Only “mixed progress” has been made by EU Member States in reducing emissions under their UN convention obligations, with 2017 observing increases in several emissions types, according to new data released by the European Environment Agency (EEA). 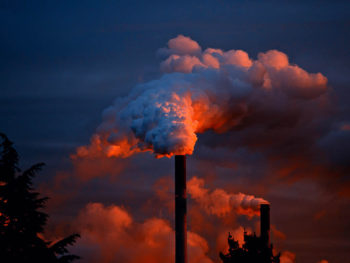 The increase in air pollutants in 2017 are due to agriculture, transport, industry and private households

More than half of the 26 pollutants monitored increased in 2017 compared to 2016, with the major causes being agriculture, transport, industry and private households, a report by the EEA said. The EEA added that in recent years the rate of emission reductions has stagnated for many pollutants, while for others it has increased.

Emissions of NMVOCs (non-methane volatile organic compounds), CO (carbon monoxide) and ammonia all increased in 2017, by 1.3%, 0.2% and 0.4%. Emissions of particulate matter, and several heavy metals and persistent organic pollutants also increased in 2017 compared to the previous year.

However, the report does highlight a reduction in NOx (nitrogen oxides) and SOx (sulphur oxides) of 1.8% and 1.3% respectively.

Despite a possible Brexit and/or ‘no deal’ between the UK and Europe on 31 October 2019, the UK independently signed up to the Stockholm convention and CLRTAP (1979 Convention on Long-Range Transboundary Air Pollution) in its own right, requiring existing obligations and protections to continue with regard to regulating persistent organic pollutants.

The LRTAP report tracks the emissions of key air pollutants over past years. It is submitted by the EU to the UNECE under the requirements of the Gothenburg Protocol to the LRTAP Convention, which aims to limit, and as far as possible, gradually reduce and prevent air pollution.

Previous: ACFO appoints new chairman and deputy chairman
Next: GEM calls on government to penalise against not wearing a seatbelt