Factory shutdowns in Europe have already lost the production of nearly 1.5 million motor vehicles to date; up from 1.2 million units a week ago. 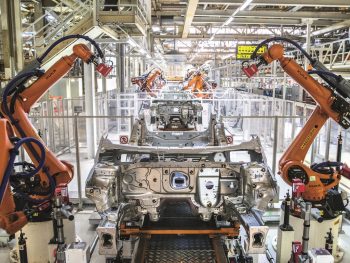 Figures from the European Automobile Manufacturers’ Association (ACEA) show that the average shutdown duration EU-wide currently stands at 18 working days, resulting in the loss of production of 1,465,415 motor vehicles to date. It’s also included figures for the UK, where the shutdowns have stopped production of 127,310 vehicles.

ACEA data also shows the jobs of at least 1,138,536 Europeans working in automotive manufacturing are affected by factory shutdowns as a result of the current crisis; that doesn’t take in the impact of the shutdowns on the wider automotive supply chain. Again, figures have also been included for the UK, where 65,455 employees have been impacted.

The latest figures show the grave effects of the coronavirus epidemic on the automobile industry some three weeks after the association had warned that the sector was facing an “unprecedented crisis”.

Speaking at the time, ACEA director general Eric-Mark Huitema had called for strong and coordinated actions at national and EU level to provide immediate liquidity support for automobile companies, their suppliers and dealers, and said the sector would be a key contributor to the accelerated recovery of the European economy at large.