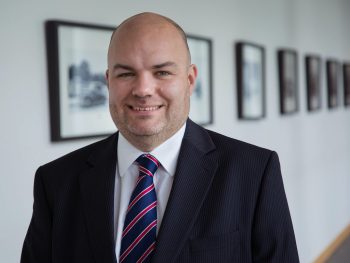 Eurig Druce has been appointed managing director of Citroën UK

Druce joined Groupe PSA in 2001 as a trainee and spent 14 years working directly with the network in field-based roles across both sales and aftersales, including director of parts & service operations for Peugeot, Citroën and DS Automobiles.

His most recent role was as sales director for Citroën UK, a role he’s held since 2016.

Druce said: “It is an exciting time to take over the reins from Karl. I look forward to accelerating the momentum that we have built up over the last few years as we increase our market share and prepare the Citroën brand for electrification and new models.”

Karl Howkins said: “It is been an honour and privilege to lead the iconic Citroën brand in the UK. In particular, I would like to pay tribute to the excellent team. I will miss them immensely.”

Druce’s replacement as sales director will be announced at a later date.