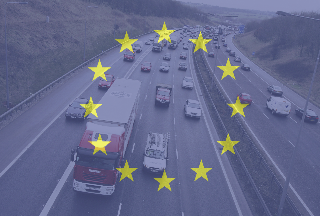 The figures also estimated that 135,000 people were injured on EU roads – the first time that the Commission has published such a figure as EU member states start to report comparable and reliable data on serious road traffic injuries.

Commenting on the slowdown in reducing road fatalities, the European Commission said the figures show that European roads remain the safest in the world but added that fresh efforts were needed to save lives.

EU Commissioner for Transport Violeta Bulc said: “Every death or serious injury is one too many. We have achieved impressive results in reducing road fatalities over the last decades but the current stagnation is alarming. If Europe is to reach its objective of halving road fatalities by 2020, much more needs to be done. I invite Member States to step up efforts in terms of enforcement and campaigning. This may have a cost, but it is nothing compared to the €100 billion social cost of road fatalities and injuries. For its part, the Commission will continue to act where it can bring a clear European added-value. Technology and innovation are increasingly shaping the future of road safety. In the medium to long term, connected and automated driving, for instance, has great potential in helping to avoid crashes, and we are working hard to put the right framework in place.”

The European Transport Safety Council (ETSC) said the European Commission must stop delaying new road safety policy measures if it is to help reverse the increase in deaths.

Antonio Avenoso, executive director of the ETSC, said: “Last year, the European Commission described the poor progress on road safety as a ‘wake-up call’. But twelve months later, four critical policy measures have been delayed. We hope that the announcement of today’s even more worrying figures will finally lead to some more concerted action.

“This Commission has repeatedly emphasised its ‘better regulation’ agenda. But road safety requires constant vigilance as well as new measures with legal backing. A failure to regulate, in the case of road safety, could lead to more deaths and serious injuries.” The ETSC added that EU member states also need to take action to help improve road safety, saying that declines in levels of police enforcement, a failure to invest in safer infrastructure and a lack of action on tackling speed and drink driving have also played a role in recent poor progress in some member states.