EU to probe BMW, Daimler and VW over possible collusion

The European Commission has opened a formal investigation into whether BMW, Daimler and VW colluded on the development of car emission technology “that denied consumers the opportunity to buy less polluting cars”. 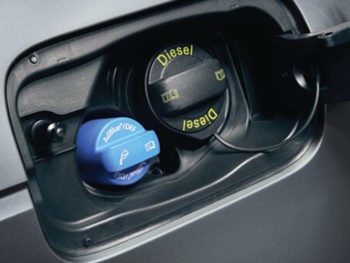 The investigation, which includes VW brands Audi and Porsche, follows a report a year ago from Der Spiegel magazine alleging that the carmakers formed a secret cartel in the 1990s, including working groups that discussed technologies such as selective catalytic reduction systems for diesels and particulate filters for petrol engines, and that other carmakers had been denied the chance to join the ‘Circle of Five’.

The report claims that although the carmakers said they’d need 19-litre AdBlue tanks for SCR to work properly, they agreed to only fit 8-litre maximum tanks to save themselves both the expense of bigger tanks and the space that such tanks would take, avoiding an “arms race of tank sizes”. The report also alleges collusion over limiting the amount of of AdBlue – which reduces nitrogen oxide emissions – injected into the SCR catalyser to ensure that the fluid would not have to be refilled prior to the next scheduled service appointment. According to the weekly publication, this meant that in many driving situations, the car would emit more nitrogen oxide despite being equipped with emissions reduction systems.

Although BMW categorically rejected the report, Der Spiegel said that VW and Daimler had submitted self reports to the German anti-trust authorities. This was followed in October 2017 by inspections carried out at all three carmakers in Germany by the European Commission.

Now, the Commission has opened a formal investigation, which will be carried out “as a matter of priority” and explore whether “this collusion may have denied consumers the opportunity to buy less polluting cars, despite the technology being available to the manufacturers”.

The Commission added that other topics had came up at the carmakers’ meetings, including on the maximum speed at which the roofs of convertible cars can open or close and at which the cruise control will work, but said it was not investigating these discussions due to

It also said it had no indications that the carmakers colluded over illegal defeat devices.

Responding to the announcement, ClientEarth lawyer Ugo Taddei said: “We are three years into the dieselgate scandal and the evidence keeps building on the central role car manufacturers are playing in creating the air pollution crisis that is choking our cities.

“These latest revelations tell us that the technology has been there for many years to reduce harmful emissions from vehicles, but the industry has been resistant to change. And this is still clearly going on. Manufacturers are lobbying the German Federal Government to oppose the roll-out of effective retrofits for diesel vehicles. It’s high time national authorities put the health of citizens first. Car manufacturers must be held accountable for their wrongdoings.”