The European Union is to push ahead with a controversial deal to cut new cars and van CO2 emissions over the next decade. 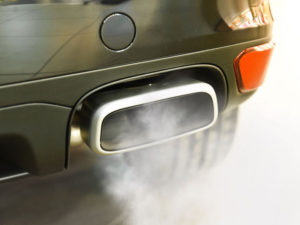 It was also agreed that the Commission will develop a system using information from fuel consumption meters to ensure emission reductions are delivered on the road but this will not come into force until 2030.

The deal, which still needs to be approved by the Council and voted in the plenary of the European Parliament, has been criticised for both environmental groups for being too lenient while the European car industry has said it will be “highly challenging”.

The European federation of transport NGOs, Transport & Environment (T&E), T&E warned that the deal is well below what’s needed to achieve the EU’s 2030 climate targets or indeed meet the goals of the Paris climate agreement, which it said requires the last car with an engine to be sold by the early 2030s.

Greg Archer, clean vehicles director at T&E, said: “Europe is shifting up a gear in the race to produce zero emission cars. The new law means by 2030 around a third of new cars will be electric or hydrogen-powered. That’s progress but it’s not fast enough to hit our climate goals.”

T&E also criticised the Council and the Commission’s move to block European Parliament proposals to penalise carmakers for failing to supply sufficient zero and low-emission vehicles but was in favour of a move to limit Council proposals for very generous credits to plug-in hybrids during negotiations. It also said that while a cap was added to the double counting of plug-in cars sold in Central and Eastern Europe at 5% of new car sales in those countries, “there remains a risk of gaming by carmakers registering zero and low-emission vehicles in one country and selling them on in another”.

Special arrangements for niche vehicle manufacturers, which have caused some controversy, were retained until 2028.

Greg Archer concluded: “This regulation is a good deal for citizens: reducing fuel costs for drivers, creating over 200,000 jobs and reducing our dependence on imported oil. However, carmakers’ successful scuppering of more ambitious targets means governments will now need to do a lot more at national level to bring down transport emissions.”

However, in its response to the agreement, the European Automobile Manufacturers’ Association (ACEA) has said that a 37.5% CO2 reduction is “totally unrealistic based on where we stand today. Industry deplores that this 2030 target is driven purely by political motives, without taking technological and socio-economic realities into account”.

ACEA secretary general, Erik Jonnaert added: “ACEA’s members are of course committed to further reducing CO2 emissions from their vehicles, but these targets will be extremely demanding on Europe’s auto industry. Indeed, they will require a much stronger market uptake of electric and other alternatively-powered vehicles than is currently proving possible.

“Of course, all our member companies will continue to invest in their portfolios of alternatively-powered cars and vans, but there are still several obstacles putting the brakes on widespread consumer acceptance, such as affordability and the lack of a sufficiently dense network of recharging and refuelling infrastructure.”