The European car market has posted its highest Q1 performance since 2000, despite car registrations falling in March, but diesel registrations were hard hit again. 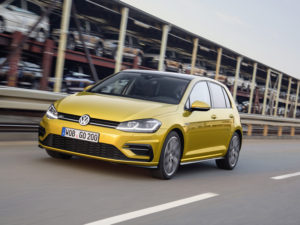 Figures published by Jato show that solid growth in January and February helped push the total Q1 registrations to 4.27m – up 0.7% on the same period in 2017 while also reaching pre-economic crisis levels, in spite of March’s 5.2% decline to 1.84m registrations.

The UK car market continued its decline, offsetting strong performances in Spain and the Eastern European markets. There were also falls in Norway, which posted the second biggest decline across all European markets of 11.3%, and Ireland, where the market was down by 5.3%.

The shift away from diesel continued, with petrol cars accounting for 55% of registrations, whilst diesel cars continued to drop and held just 38% market share. Alternative fuelled vehicles continued their year-on-year growth and saw an increased volume of 23.4%.

SUVs continued their seemingly unstoppable growth, making up one in every three cars registered in Europe with a volume increase of 20% for the quarter and 13.3% for March.

The Golf remained the top-selling model while Volkswagen continued to top the manufacturers’ league table.