New car registrations in the EU put in a mixed performance over the summer, with demand up in July but down in August following last year’s pre-WLTP spike. 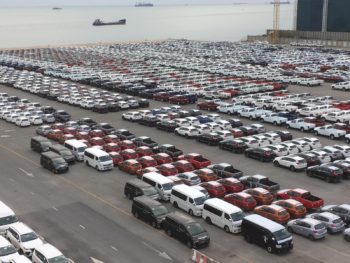 EU new car registrations were up 1.4% in July but down 8.4% in August due to the high base of comparison

The figures from the European Automobile Manufacturers Association (ACEA) show that July increased by 1.4%, reaching almost 1.3 million registrations. However, the increase was largely supported by the Central European countries, where registrations went up 13.4% in July. In contrast, Germany was the only major car market to post positive results (4.7%).

Although July’s upbeat performance was followed by an 8.4% downturn in August, this was mainly due to the exceptional results seen in August 2018 when registrations rose 31.2% ahead of the introduction of the new WLTP emissions test on 1 September 2018. The downturn was seen across the top five EU markets, with the strongest drops in Spain (30.8%) and France (14.1%).

The August downturn has taken its toll on the year-to-date performance; over the first eight months of 2019, registrations in the EU were down by 3.2% compared to the same period last year, counting 10.5 million registrations in total. Demand was down in all major markets, bar Germany (+0.9%).