A no-deal Brexit would trigger a “seismic shift” in the European automotive industry, undermining competitiveness while bringing a potential €5.7bn (£5bn) cost bill that could impact car buyers themselves. 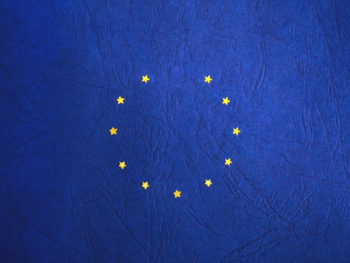 Application of WTO tariffs on cars and vans could mean a €5.7bn (£5bn) bill for EU/UK industry and consumers

The warning comes from a large group of industry organisations, building on ongoing warnings from the UK’s Society of Motor Manufacturers and Traders about the catastrophic effects a no-deal Brexit will bring.

According to the European Automobile Manufacturers Association (ACEA) and European Association of Automotive Suppliers (CLEPA), as well as 21 national associations including those in Germany and France, the repercussions of ‘no deal’ to the automotive sector will be severe.

To outline this further, a ‘no deal’ Brexit would immediately result in the UK no longer being party to EU trade agreements and preferential arrangements with some 30 countries, including Turkey, South Africa, Canada, Japan and South Korea, and content from UK suppliers would no longer contribute to EU originating content for the purposes of rules of origin. This will potentially make it harder for European manufacturers to access the preferential terms of agreed EU trade deals. In addition, a ‘no deal’ Brexit would immediately make the EU market smaller, and potentially less attractive to international trade partners.

And the end of barrier-free trade could bring harmful disruption to the industry’s just-in-time operating model, with the cost of just one minute of production stoppage in the UK alone amounting to €54,700 (£50,000)

But the industry is again at pains to point out it’s not just the wider sector who will suffer; car buyers could feel the pain too. WTO tariffs on cars and vans could add €5.7bn (£5bn) to the collective EU-UK auto trade bill, raising prices for customers if manufacturers cannot absorb the additional cost.

Instead, Europe’s leading automotive representatives say all effort should be made to deliver an orderly withdrawal of the UK from the EU.

Erik Jonnaert, ACEA secretary general, said: “Brexit will have a significant negative impact on the automotive sector and a ‘no deal’ Brexit would greatly exacerbate those consequences, causing massive disruptions to an industry which is so vital to Europe’s economy. Even the repeated need to plan and implement contingency measures to deal with a disorderly Brexit is highly disruptive to our members. The European automobile industry therefore calls for all sides to rule out a ‘no deal’ scenario as soon as possible.”