Brake is encouraging individuals and the Government to lend support to this year’s Cycle to Work Day, which takes place tomorrow (14 September). 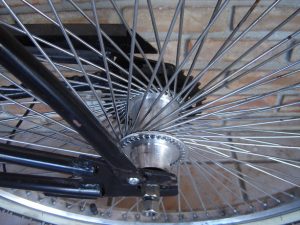 Cycle to Work Day’s long-term aim is to see one million people regularly commuting by bike by 2021. However, the UK lags way behind many other countries when it comes to cycling levels. A study by the European Commission in 2010 found that just 2% of people aged 15 and over in the UK use a bicycle as their main form of transport – the seventh lowest level in Europe.

Brake added that a lack of safe cycling routes may be a key reason for the lack of cycling in the UK. A survey of UK drivers by Brake and Direct Line indicated that almost four in 10 (39%) non-cyclists could be persuaded to cycle if there were more cycle routes and trails connecting their home to local facilities.

The organisation is also urging the Government to invest more money into making cycling safer to encourage more people to get about by bike – not just once a year, but regularly.

Alice Bailey, campaigns advisor for Brake, said: “Everybody wins when we all cycle more. Our communities are cleaner, greener and safer, and our bank balances and bodies are healthier too. The more we do it, the greater these improvements will be. Brake is encouraging everyone who is able to, to try cycling this Wednesday. We also want the Government to do much more to make our streets safer for cyclists so more of us will make this a daily and not a yearly choice.”