Employee burn-out officially recognised by WHO as medical diagnosis

The WHO now officially recognises “burn-out” as a medical diagnosis for overworked employees, particularly in light of the COVID-19 pandemic and changes to work patterns. 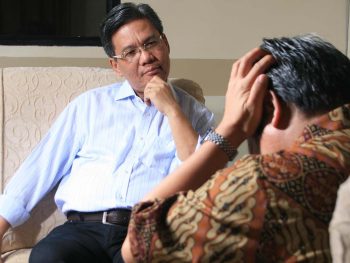 47% of managers believe their employees may be at risk of burn-out and over a third (36%) of British employees stated that their mental health and wellbeing has suffered as a result of working longer hours during COVID-19.

Working remotely was found to have produced an increase in productivity (35%) and 87% of respondents said they felt pressured to keep productivity high to prove the case for their continued employment working-from-home (WfH) post-COVID.

Despite “Burn-out” first being identified as a phenomenon as long ago as 1974, the World Health Organisation (WHO) has only officially recognised burn-out as a legitimate medical diagnosis in May this year, in its eleventh edition of the International Classification of Diseases (ICD-11).

According to the WHO; burn-out is a syndrome conceptualised as resulting from chronic workplace stress that has not been successfully managed. It is characterised by three dimensions: feelings of energy depletion or exhaustion; increased mental distance from one’s job, or feelings of negativism or cynicism related to one’s job; and reduced professional efficacy.

Sam Walters, director of professional services at Robert Walters commented: “There is no denying that mental health & wellbeing has been on the agenda for most employers – even pre-COVID.

“Many of these policies were geared around personal mental health issues – such as depression and anxiety – which have an impact or were exasperated by work.

“Burn-out is an entirely different and recently recognised condition which, unlike other mental health issues, can be directly linked to work. As a result, employers have a crucial and central role to play in order to ensure their staff do not reach the point of burn-out.”

Whilst two thirds of professionals (61%) believe that wellness policies are important, just a third of companies offer what is required by law. According to the Robert Walters’ Burn-out Guide, there are six key areas which can lead to or exasperate workplace burn-out.

These include: Unmanageable workload expectations; lack of autonomy and control; lack of recognition; poor company culture; lack of equal opportunities and fairness; lack of purpose.

21% of professionals claim that the pressure to deliver results when working from home has caused a negative impact on their mental health or wellbeing.

According to Robert Walters’ findings, 55% of employees are less likely to burnout if they strongly believe their performance metrics are within their control.

73% of professionals stated that they feel it’s important that their company organises team bonding activities. However less than half (43%) of businesses take the time to plan such activities or days.

80% of professionals also highlighted the importance for managers to have an open-door policy in order to prevent frustrations building up; however, over a third felt that they could not approach their leadership team on mental health related matters.

42% of survey respondents revealed that they prioritise working for a mission-driven company over other incentive items such as salary or benefits.