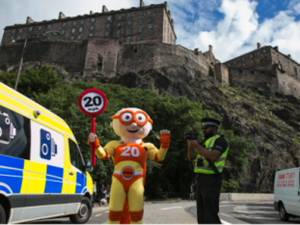 The city of Edinburgh has started the third phase of the rollout to lower speeds in residential and shopping streets, as well as the city centre.

The move sees many roads across north west and west Edinburgh become 20mph, with transport planners citing research that more pedestrians are likely to survive if they are hit by a car driving at 20mph, than if they are hit at 30mph.

The final phase of the programme is expected to conclude in early 2018 with an independent evaluation of the public health impact of 20mph speed limits in Edinburgh and Belfast to run until 2020.