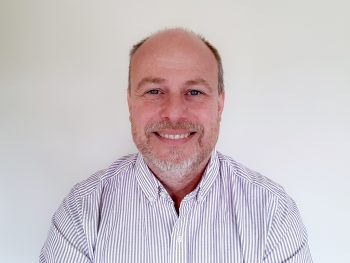 A multi-award winning fleet consultant, Chandler will help Mina to further develop its work in supporting companies transitioning to EVs.

Co-founded by Ashley Tate, the business has developed a solution to the fast-rising issue of paying for work electric vehicles to be charged at home.

Its ‘EV fuel card’ system is already in use with a number of fleets across the UK. This includes a large-scale trial at Mitie, which has a 500+ EV fleet.

Mina’s work is now being accelerated with the addition of Chris Chandler to the advisory board. A pre-eminent name in the fleet sector, Chandler has been leading the green agenda for more than 20 years, working with organisations such as the Energy Saving Trust, Go Ultra Low, the BVRLA and HMRC.

In 2015, he won the inaugural Energy Saving Trust’s ‘(unsung) Fleet Hero’ award as well as being listed in GreenFleet’s 100 most influential people in the Low-Carbon fleet industry for the last 3 years.

Chandler is a regular conference speaker and industry commentator, and has been at the forefront of fleet electrification in the UK, designing award winning electric vehicle implementation programmes.

Commenting on his new role at Mina, which will run alongside his existing consultancy positions, Chandler said: “We are entering an exciting and critical stage in the UK’s adoption of electric vehicles. What Mina is bringing to fleets operating electric vehicles is an essential piece of the electrification puzzle, and I’m very excited to be involved with such dynamic and entrepreneurial business.”

Mina’s Ashley Tate added: “We’re delighted to have someone of Chris’ stature and experience joining our advisory team. Chris brings with him decades of experience in the fleet industry and has been a genuine trailblazer for the green agenda in transport for many years. We’re very lucky to have Chris on board.”