Dyson to launch electric vehicle by 2020 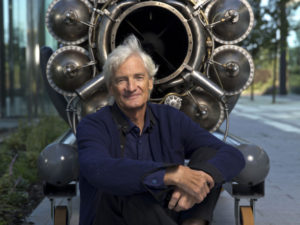 Sir James Dyson at the Dyson HQ in Malmesbury, Wiltshire

The firm, best known for its vacuum cleaners, revealed the news in a letter from founder Sir James Dyson to employees, where he announced that a team of more than 400 people are already working on the vehicle, combining Dyson engineers with individuals from the automotive industry.

Dyson added that the firm would invest £2bn in the project but wouldn’t reveal technical details, saying: “Competition for new technology in the automotive industry is fierce and we must do everything we can to keep the specifics of our vehicle confidential.”

He commented: “It is our obligation to offer a solution to the world’s largest single environmental risk. I look forward to showing you all what I hope will be something quite unique and better, in due course!”

Dyson added that his interest in finding solutions to air quality issues dated back to 1988 when he read a paper by the US National Institute for Occupational Safety and Health, linking the exhaust from diesel engines to premature death in laboratory mice and rats. A team at Dyson began work in 1990 on a cyclonic filter that could be fitted on a vehicle’s exhaust system to trap particulates and had developed several working prototypes by the early 90s but nobody was interested in the diesel exhaust capture system and the project was shelved.