Peer-to-peer car sharing service Drivy has rebranded as Getaround six months after its acquisition by the US car sharing company of the same name. 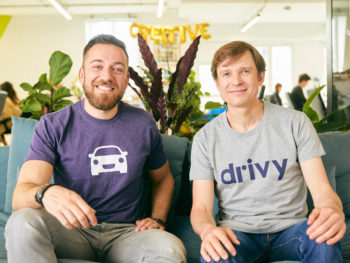 The rebrand covers all six European countries that Drivy operates in – France, Germany, Spain, Austria, Belgium and the UK – and will bring a unified car sharing brand across Europe and the USA that serves five million users across more than 300 cities. Getaround is also planning to launch in two new European markets next year and expand its connected cars to a total of 10,000 in 2020.

The changes will see the former Drivy business refocus its efforts on optimising, improving and expanding its service within the European car sharing market, including its work with fleet operators. In particular, the company will now focus its efforts on becoming a leading provider in terms of price and convenience all-trip lengths.

This includes the introduction of a short-term hourly pricing to bring more flexibility to Getaround drivers, providing a progressively lower price based on the real duration of their rentals.

The move is also expected to bring an increase in revenues estimated at 30%; a benefit to both private car and fleet owners.

In addition, Drivy’s flagship Open technology – which enables users to select, book and unlock a car in a few minutes entirely on a smartphone – will now also be known as Getaround Connect.

However, as announced at the time of its acquisition, Drivy’s European and UK leadership will not change. Sam Zaid is global CEO of Getaround but Paulin Dementhon, formerly CEO of Drivy, remains at the company and is now the European CEO of Getaround. Katy Medlock remains the head of UK.