Drivers with poor vision to have licences revoked

Drivers who don’t pass a roadside vision test are to have their licences revoked immediately under a new police crackdown. 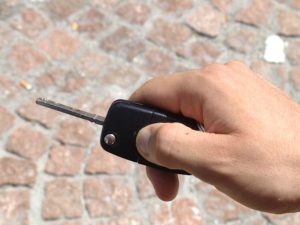 The month-long campaign is being carried out by police forces in Thames Valley, Hampshire and West Midlands in collaboration with road safety charity Brake.

During September, anyone stopped by Road Policing Officers in these areas will be required to take the 20m number plate test and those who fail will have their licence immediately revoked.

The campaign makes use of a procedure – dubbed Cassie’s Law and effective since 2013 – that enables forces to fast-track notification to the DVLA should they find someone who cannot read a number plate at 20m in daylight conditions. Offending motorists will have their licence revoked within an hour and face prosecution.

The police crackdown has a two-fold approach; firstly to gain an improved understanding of the extent of poor driver eyesight on our roads, which is thought to be vastly underreported in official statistics. But Brake is also calling on the Government to make eyesight testing compulsory before the driving test and each time a driver renews their photocard licence.

Currently, the UK’s driver vision testing only requires the 20m number plate check to be carried out when taking a driving test with no other requirements for the duration of a person’s ‘driving life’.

Joshua Harris, director of campaigns for Brake, said: “It stands to reason that good eyesight is fundamental to safe driving, yet our current licensing system does not do enough to protect us from drivers with poor vision. It is frankly madness that there is no mandatory requirement on drivers to have an eye test throughout the course of their driving life, other than the disproven 20m number plate test when taking the driving test. Only by introducing rigorous and professional eye tests can we fully tackle the problem of unsafe drivers on our roads.”

Previous: Benchmark your fleet safety standards with free Brake survey
Next: Car still most popular mode of transport in Scotland