More than half of drivers would be supportive of increased use of average speed cameras on motorways, despite the fact that the majority of drivers speed. 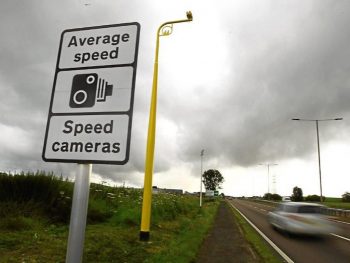 While average speed cameras are used on a number of A-roads, on motorways they are currently only deployed in sections of roadworks

Over half (56%) of drivers admitted to breaking the 70mph speed limit on motorways, according to latest RAC research. A third (34%) of those confessed to having travelled at speeds in excess of 80mph, of which 4% said their top speed was 91-100mph and 3% said it was over 100mph.

Despite this, more than half (54%) of the 3,000-plus motorists surveyed for the RAC Report on Motoring said they would like to see average speed cameras used in general motorway conditions enforcing the 70mph limit, with a further 26% disagreeing and 18% unsure.

Explaining the rationale, RAC road safety spokesman Simon Williams said: “It was interesting to see such strong support for average speed cameras to be used more widely to enforce the 70mph limit as opposed to just in roadworks, as is currently the case. We believe drivers see these cameras as being very effective at reducing speeds over longer distances and controlling traffic flow as well as being fairer than fixed position ones as they aren’t instantly punished for a momentary transgression.”

The research also showed speed limit compliance on all types of road has improved on previous years, but this is believed to be the result of the pandemic.