Drivers supportive of park and ride but better promotion needed

The majority of drivers support park and ride but better promotion of the benefits could significantly increase awareness and uptake. 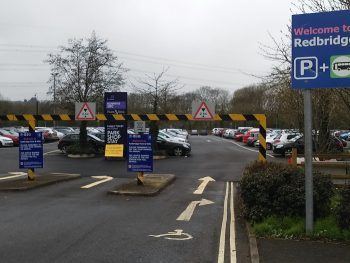 The survey showed high satisfaction rates for those who use park and ride: 98% for local users and 86% for longer distance journeys

A new study, commissioned by Highways England and carried out by Transport Focus, showed high satisfaction rates for those who use park and ride: 98% for local users and 86% for longer distance journeys.

In fact, the research on Park and ride for Highway’s England’s roads: a solution to congestion?, carried out prior to the pandemic among almost 500 people on the park and ride schemes in Oxford and Doncaster, showed that the overwhelming reason for people not using park and ride was a lack of awareness. There were gaps in understanding of key aspects such as ticketing and frequency of buses.

Other barriers include uncertainty over journey time and negative assumptions such as the perceived hassle in comparison to driving or taking the train.

Those who did use park and ride found it made travelling easier, was less stressful and offered good value for money.

Anthony Smith, chief executive of Transport Focus, said: “People who use park and ride like it, which is a great starting point. Our research shows what Highways England could do, in partnership with local authorities and bus companies, to make park and ride a more attractive option than driving all the way.”

To get more people using park and ride the watchdog recommends that Highways England should work with transport companies and authorities to promote the service and raise awareness on the benefits.

The research was commissioned by Highways England to help it understand road user priorities for what makes a good park and ride experience, and will feed into a wider body of evidence.