Electric routes planned via Zap-Map soared in May on the back of fast-rising EV take-up. 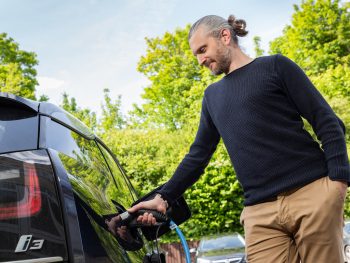 The mapping service, which enables drivers to locate and update EV charge points in UK & Ireland, reported a 39% increase in electric routes planned in May 2021 compared to the previous month.

Take-up of the service also soared 280% in May compared to the same period two years ago.

Zap-Map said the growth reflects skyrocketing EV sales, which have gone up by more than 55% over the past year, as well as the easing of lockdown restrictions and drivers planning for the bank holidays in May and future trips over the summer.

The boom was also reflected in an estimated 180% increase in usage of public charge points between May 2019 and May 2021 – and Zap-Map’s data shows the number of public charging points in the UK has grown by 70% over the same period. Usage of the charging network increased 34% in May versus the previous month.

Zap-Map now has over 200,000 registered users, double the number since last year, and has mapped over 95% of the UK’s public points. Over 75% of UK EV drivers have downloaded Zap-Map.

The new figures have been released to coincide with the launch of Zap-Map’s new subscription plans: Zap-Map Plus and Zap-Map Premium. Launched last week, these provide additional features in addition to the app’s core search, plan and pay services which remain free.