Drivers no longer think of speeding as a risk

Speed accounts for 37% of all deaths and serious injuries but many people simply don’t think of it as a risk. 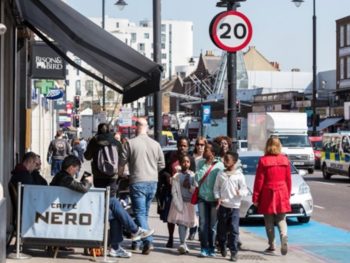 So says Transport for London (TfL) as it warns that speeding has now become socially acceptable.

Part of a new marketing campaign intended to encourage passengers to speak up and challenge unsafe speed, TfL figures show nearly two-thirds (61%) of car passengers have felt uncomfortable with speed when driven by a friend or family member, yet almost a third (29%) would feel uncomfortable asking them to slow down.

More than 100 people have tragically died on London’s roads this year and collision data from around the world shows that the faster a vehicle is travelling, the more likely a collision will occur because the driver has less time to react, stop or avoid the collision; and the more severe an injury resulting from the collision will be.

TfL’s new campaign, ‘Watch Your Speed’, encourages drivers to ensure they drive appropriately for the road and their passengers, and supports TfL’s wider work on reducing speed-related collisions across London. These include new 20mph speed limits to be introduced in central London early next year, increased speed enforcement by the Metropolitan Police and fitting more than 700 buses with Intelligent Speed Assistance to limit the speed at which they can travel.

Stuart Reid, TfL’s director of Vision Zero, said: “Nobody gets behind the wheel intending to kill or harm someone but all too often, the way people choose to drive results in death or serious injury. This has devastating consequences for the victim, the driver and their families. I would urge drivers to slow down and also encourage people who feel uncomfortable with the speed they’re being driven at to speak up.”

Chief superintendent Colin Wingrove, in charge of the Met’s Road and Transport Policing Command, added: “It takes seconds to remind a driver that they are exceeding the speed limit, and in return could save multiple lives.”