Drivers more reliant on cars than ever during pandemic

A third of drivers say having access to a car is more important than ever following the coronavirus outbreak. 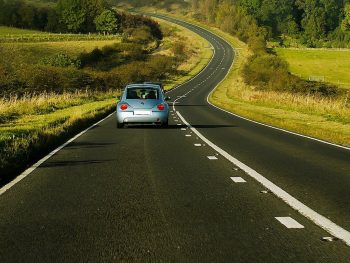 The research from the RAC underscores the increasing reliance many drivers have on their cars to help complete essential journeys, with three-quarters (75%) saying they use the car for permitted food shopping, 28% saying they use it to get to pharmacies, and a fifth (18%) needing the car to provide care or help to a vulnerable person. A fifth (20%) also say they use the car to get to work as they are in a role where they can’t work from home.

While 9% of drivers say they still need their car most days, the majority say they are now using their cars once a week or less (60%) for essential trips – likely indicating that more of us are now reverting to a weekly or fortnightly ‘big’ shop for groceries to minimise the time we’re spending outside the home.

The research also showed that the vast majority of drivers (97%) heeded the Government’s ‘stay at home’ instruction over the warm Easter weekend. Breakdowns attended by RAC patrols were also down sharply over Easter compared to last year – across the UK there were 50% fewer breakdowns between Good Friday and Easter Monday. However, there was an unexpected spike in breakdowns on Tuesday – presumably as some drivers started their cars for the first time in weeks.

Research published by the RAC earlier this year showed that more than a third (35%) of UK drivers are more dependent on using their car than a year ago; with public transport increasingly seen as too expensive and unreliable to be a viable alternative.

Commenting on the latest figures for car use during the pandemic, RAC Breakdown spokesperson Rod Dennis said: “These figures highlight the important role the private car still plays in enabling people to complete their essential journeys during lockdown. The reality for many people is that they still rely on the car for certain trips – be it for weekly food shopping, to get to and from work or when looking after a vulnerable person.”