Autonomous cars will transform motoring in the UK over the next few decades, a new report finds. 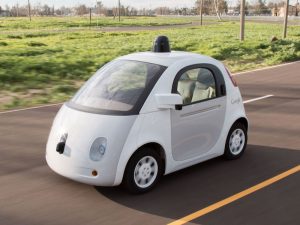 The research, carried out by Dr Frank Shaw of the Centre for Future Studies, predicts that approximately eight million ‘connected’ cars will be on UK roads by 2020 while fully autonomous cars will account for half of all car sales in 25 years, with increasing degrees of autonomy ranging from cruise control to partial self-drive automation.

The rise of driverless cars will also lead to an overhaul of the infrastructure, with motorways having a designated lane for autonomous cars.

And it’s not just the infrastructure that will see radical changes. The report, commissioned by Kia, says that parking fines will be almost eliminated as driverless cars will be able to drop off their passengers before finding a suitable space, whilst insurance premiums for road traffic accidents are likely to be almost obsolete with cars able to avoid collisions through communication with each other. There is also likely to be an increase in car sharing.

And the driving test process will see radical changes – drivers will still need a licence for partially autonomous cars, but the advent of fully self-driving vehicles will provide more freedom for those who are unable to drive for reasons such as disability.

Dr Frank Shaw, described by Time Magazine as one of the 10 most influential thinkers in the world, commented: “The future of the car industry is an exciting one, as there will be a transformation from an industry built by mechanics to one that is largely driven by software developers. There is considerable speculation in 2016 about autonomous driving, the full impacts of which will not become manifest until the 2040s. I am confident however that over the next 25 years, the industry and technology companies will deliver a safer, more efficient and environmentally friendly driving experience for everyone.”