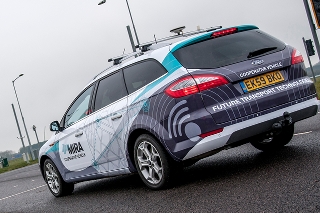 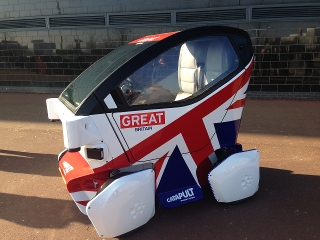 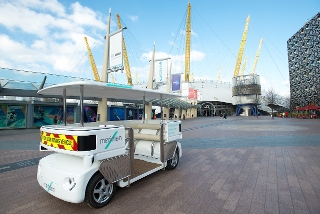 The projects are being funded in Greenwich, Bristol, Milton Keynes and Coventry and, according to business secretary Vince Cable, ‘will help to ensure we are world-leaders in this field and able to benefit from what is expected to be a £900bn industry by 2025’.

In total, £19m government funding is being given for the four projects. This includes the Greenwich project, which builds on work begun last year by Oxford University in partnership with Nissan.

Ministers will be visiting the project today to witness the first official trials of the fully autonomous Meridian shuttle in Greenwich and unveil a prototype of a driverless pod that will be tested in public areas in Milton Keynes. They will also be shown other autonomous vehicles involved in the trials, including a BAE wildcat vehicle that is the result of years of advanced research and development by BAE systems and will be tested in Bristol. Meanwhile Milton Keynes and Coventry are running the UK Autodrive programme which includes Ford – which announced last week it is providing two prototype cars, Jaguar Land Rover and the engineering consultancy Arup.

The trials will also investigate the legal and insurance aspects of driverless cars and explore how the public reacts.

Transport Minister Claire Perry said: ‘Driverless cars are the future. I want Britain to be at the forefront of this exciting new development, to embrace a technology that could transform our roads and open up a brand new route for global investment.

‘These are still early days but today is an important step. The trials present a fantastic opportunity for this country to take a lead internationally in the development of this new technology.’

The trials are being started following a six-month Department for Transport review that looked at the best and safest ways to trial automated vehicles where an individual is ready to take control of the car if necessary. It also looked further ahead to the implications of testing fully automated vehicles.

The next step is for the government to introduce a code of practice which will provide industry with the framework they need to trial cars in real-life scenarios, and to create more sophisticated versions of the models that already exist.

The trials have been greeted by the fleet and car industries.

‘The vehicle rental and leasing industry has the youngest fleet on UK roads and prides itself on running the safest, most cost-efficient, low-emission vehicles. This means they will be early adopters of and investors in autonomous vehicle technology,’ said BVRLA chief executive, Gerry Keaney.

‘We are delighted to see that the government is providing the financial and legal support required to get these exciting trials underway.

‘The BVRLA and its members are looking forward to working with these and other projects that are set to put the UK at the forefront of the driverless cars revolution.’

John Chuhan, chief risk officer at Alphabet, added: ‘We’re still a few years away from fully autonomous vehicles becoming an everyday sight on the streets of the UK, but it’s great to see the Government taking steps to make the UK a world leader in driverless technology. Clarity over legislation and driving standards will be vital for ensuring the adoption of driverless vehicles in the UK is a success, so the fact the government is already taking steps to address this issue is good news for the industry.

‘While driverless vehicles are expected to save motorists six weeks a year in driving time, the benefits to businesses could be even greater.  As well as increasing safety and improving fuel efficiency, driverless vehicles will play a huge part in achieving full business mobility. Employees would be able to hold business meetings and work while travelling to their destination – with the peace of mind that their car is a first-class driver.

However, whilst driverless technology brings many opportunities for drivers and businesses alike, at the same time it brings new challenges and questions around legislation, duty of care, risk and driver training. As a result, it’s imperative that any review of legislation undertaken by the UK government incorporates not only the use of the vehicles for personal use, but business use too.’