Vehicle operators are increasingly becoming aware of the need for driver risk profiling, with large fleets in particular adopting it as standard practice. 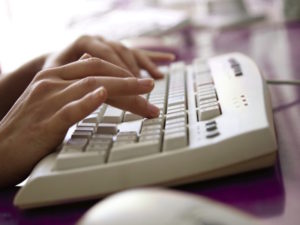 So says Jonathan Mosley, sales and marketing director at E-Training World, who attributes the trend to fleets’ growing understanding of their duty of care to drivers.

“Over the last 10 years, we’ve gone from a situation where we used to speak to many companies who were looking at profiling for the first time, and in many cases they knew very little about it,” said Mosley. “In fact, most meetings I attended were for companies that were fresh to it.

“In recent years, that’s all changed. Companies with at-work drivers are acutely aware of the importance of profiling drivers in terms of accident reduction and cost savings, and the need to do it for health and safety purposes.”

“Our system assesses drivers on four key areas,” continued Mosley. “These are attitude, knowledge, concentration/observation and hazard perception. These are the areas an approved driving instructor (ADI) would assess a driver on in-vehicle, however because we’ve placed that process online it’s far quicker and cheaper.

“On average, less than 10% of drivers are high risk, 70% medium risk and the remainder low risk, and we have systems for all major vehicle types including cars and small vans, large vans between 3.5tonne and 7.5 tonne, HGV, bus and coach (PCV) and minibus.”