Fatal and serious drink-drive casualties have reached their highest level since 2010, coinciding with a decline in the number of full-time police officers. 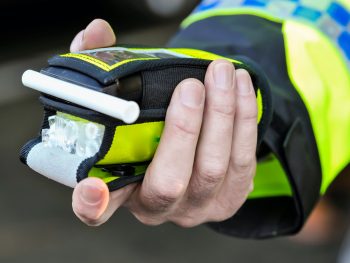 Published ahead of the Christmas crackdown on drink-driving, analysis of Department for Transport (DfT) figures by Vantage Leasing shows there were 250 road users killed in drink-drive accidents in 2017; the highest number on record since 2010. Across the same time period, the number of serious drink-drive accidents rose from 1,240 to 1,380.

The spike in drink-driving deaths comes as police forces across the UK have experienced a 17% cut in full-time officer numbers since 2010. Meanwhile there has been a 55% reduction in the number of roadside breath tests. In 2010, police across the UK conducted 737,000 roadside tests, with 11% recorded as positive for alcohol. In 2017, just 326,000 roadside breath tests took place, with 16% of all drivers recording a positive sample.

The Government recently announced a national campaign to recruit 20,000 more police officers over the next three years.

“While having more officers won’t solve the problem of drink-driving entirely, they will undoubtedly help reduce the issue.”

Earlier this year, RAC’s head of policy, Nicholas Lyes, said drink driving figures were “disappointing”, adding that “much more needs to be done to eradicate the scourge of drink-driving”.

Lyes added: “The Government should be looking closely at all its options, even reviewing the drink-drive limit. But ultimately, it is absolutely vital that we have police enforcing laws and increasing roadside breathalyser testing so that law breakers know they will be caught.”