Drink driving deaths at highest level in a decade

Drink drive fatalities have reached their highest level in a decade, prompting renewed calls for the legal alcohol limit to be lowered. 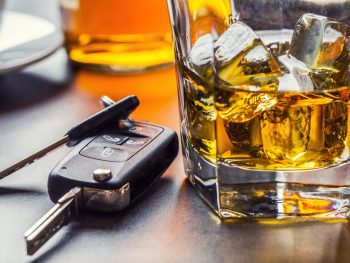 Brake is calling for urgent action on drink driving, including a zero-tolerance limit

Provisional government statistics for 2019 have revealed that the central estimate of deaths from drink-driving on roads in Great Britain in 2019 was 280, an increase of 40 on the previous year and the highest central estimate since 2009.

The data does however suggest a fall in figures for deaths and injuries; an estimated 7,860 people were killed or injured when at least one driver was over the drink-drive limit, in 2019, representing a fall of 9% from 8,680 in 2018 and the lowest level recorded.

However, when looking at deaths and serious injuries, the adjusted central estimate for drink-drive casualties in 2019 is 2,110, an increase of 11% on 2018 and the highest level recorded since 2011.

While the Government has stated that the rise in fatalities from 2018 is not statistically significant, Brake says it’s clearly cause for concern – and a new report from the Parliamentary Advisory Council for Transport Safety (PACTS) published in January 2021 has also said more action is needed in general on drink driving.

The PACTS report says the UK’s system to prevent drink-driving is no longer adequate and needs a major review – including a lower limit and improved enforcement, including increased police presence and mandatory breath testing powers.

Brake, which has long called for much more stringent action on drink driving, said the latest figures reinforce the need for a “jump-start” on road safety.

The charity is calling for urgent action, including on the drink-drive limit in England and Wales, which is now this highest in Europe at 80mg alcohol per 100ml blood. This compares with the norm of 50mg, as has been implemented in Scotland since December 2014.

A growing body of evidence shows any amount of alcohol impairs driving and Brake says a zero-tolerance limit must be implemented to protect road-users. Such a limit would effectively ban drink-driving but have leeway in the regulation to allow for accidental exposure, such as through mouthwash.

Director of campaigns Joshua Harris said: “Despite a supposedly proud road safety record, improvement on UK roads is stagnating and in need of a jump-start. The Government must urgently review and reduce the drink-drive limit in England and Wales, which now has the dubious honour of being the highest in Europe, to help stop the rot on drink-driving.

“Every road death is preventable, but these tragedies will only be prevented if the Government follows the evidence in its policy and investment decisions. This starts with reintroducing road casualty reduction targets, aiming for zero deaths and serious injuries, and implementing a zero-tolerance drink-drive limit. The safety of road users must always come first.”

Final 2019 estimates, based on more complete data, will be published by the Department for Transport in August 2021.