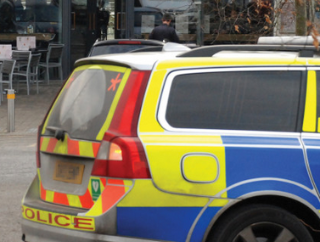 The Department for Transport data for the last five years shows that between 210 and 270 people were killed in accidents in Britain where at least one driver was over the drink-drive limit, with a central estimate of 240 deaths; unchanged since 2010.

In response, Neil Greig, director of policy and research at the IAM, said: “The latest drink-drive statistics show that Britain is flat lining on drink-drive deaths. Total numbers of drink-drive accidents have gone down slightly but 20 people still die every month in an alcohol related crash – this is simply unacceptable.

“The Government has increased the powers of the police to make it more difficult to avoid detection but they continue to avoid the one simple measure that could deliver fewer deaths immediately. That is of course a lower drink drive limit in line with Scotland.  A recent IAM survey showed 70% of drivers support this measure.

“We need to break the deadlock on drink-drive deaths and a lower limit would send the strongest possible message that taking alcohol and driving is totally socially unacceptable in 2016.”

The RAC also commented on the figures, with chief engineer David Bizley saying: “The numbers of people killed as a result of drink-drive accidents has now remained stubbornly high for the past five years. Despite drink-driving being seen as socially-unacceptable by the vast majority of motorists, this suggests there is a ‘hard core’ of people that continue to flout the law, putting both their lives and the lives of others at serious risk.

“The British Road Safety Statement, published in December, stated that the UK Government is ‘targeting high risk drink-drive offenders using a range of tools, including technological and educational solutions.’ We hope this commitment, combined with the fatality figures published today, act as a catalyst for action targeted at challenging the dangerous actions of this minority of drivers.”